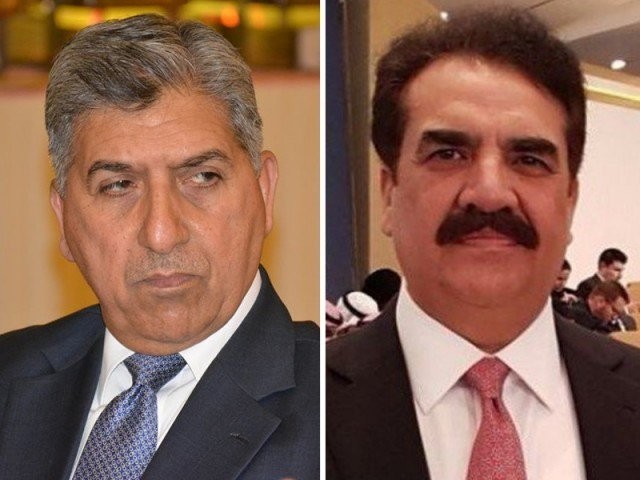 ISLAMABAD: The apex court was informed on Tuesday that the General Headquarters (GHQ) and the Ministry of Defence accorded approval to the foreign employment of former army chief General (retd) Raheel Sharif but the federal cabinet’s nod was not sought.

The Supreme Court three-judge bench, headed by Chief Justice of Pakistan (CJP) Mian Saqib Nisar, was told this as it resumed hearing of a suo motu case regarding dual nationalities of government officials.

Last week, the bench had sought from the defence ministry a report on the foreign employment of Gen (retd) Raheel and the Inter-Services Intelligence (ISI) former director-general Lt Gen (retd) Ahmad Shuja Pasha.

The court had also inquired whether the senior army officers took permission from the federal government before joining foreign organisations.

The bench had noted that it is mandatory for ex-servicemen to seek permission before taking up employment abroad as they are prohibited from seeking any job for two years after retirement. It had directed Defence Secretary Lt Gen (retd) Zamirul Hassan Shah to provide information in this regard.

Complying with the bench’s order, the defence secretary on Tuesday told the court that Saudi Arabia had made a request to acquire the services of Gen (retd) Raheel as head of the 41-nation Islamic Military Counter Terrorism Coalition cobbled together in December 2015.

“An NOC was granted by the GHQ and the Ministry of Defence though,” he told the bench.

The bench inquired whether the GHQ or the defence ministry had the authority to grant such permission, adding that under the relevant law, the federal government can issue NOC. It said Gen (retd) Raheel should have obtained permission from the federal cabinet before joining the Saudi-led coalition.

Attorney General for Pakistan (AGP) Khalid Javed Khan admitted that the NOC was not issued by the federal cabinet which is mandatory in view of the SC 2016 judgment that said that the decision of federal government means approval from the cabinet.

Justice Nisar directed the AGP that the matter should now be placed before the federal cabinet for consideration, adding that everything should be done according to the law. The AGP sought time from the court to look into the matter.

After this new instruction of the court, it will be interesting to see if the Pakistan Tehreek-e-Insaf (PTI) which is likely to form the next federal government endorses the NOC for Gen (retd) Raheel Sharif. The PTI had strongly opposed allowing Gen (retd) Raheel to assume command of the coalition.

Last year the PTI spokesman had said the decision to issue the NOC to Gen Sharif was contrary to the parliament’s decision as all the parliamentary parties decided in April 2015 that Pakistan would stay neutral in the Middle East crisis.

“Even if the government had decided to issue the NOC to the former army chief, it should have referred the matter to the parliament and told it the rationale behind the move,” he had said.

During the hearing, the CJP noted that former ISI chief Pasha had submitted a reply denying taking up any foreign government employment after his retirement.

The defence secretary told the bench that the army had begun an exercise to identify those who have obtained foreign citizenship even though the recruitment rules prohibit army personnel from possessing dual nationality. The court will resume hearing the case following the end of summer vacations.

The bench also directed government officials, who have relinquished their Pakistani citizenship after assuming foreign nationalities to file a reply. Their matter will be taken up today (Wednesday).