Minist­er says only a meagre 2% of annual budget is spent on reserv­oirs
By Sehrish Wasif
Published: August 7, 2018
Tweet Email 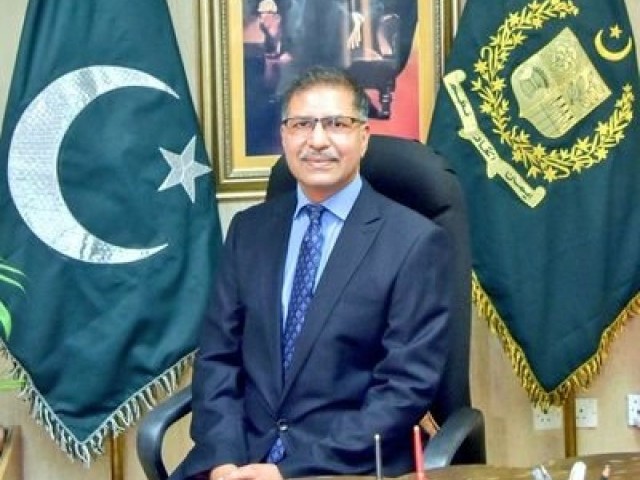 ISLAMABAD: Caretaker Federal Minister for Information Broadcasting, National History and Literary Heritage Ali Zafar on Monday stressed the need for evolving consensus on the construction of Kalabagh dam, saying ‘foreign elements’ could be behind making this project controversial.

Speaking at a news conference, the information minister said that despite knowing and facing acute water shortage across the country, governments have been failing to work on short and long-term water reservoir projects. “There is a dire need to evolve a consensus on Kalabagh dam,” he said adding that involvement of certain corners in making the project controversial could not be ruled out.

He said the biggest challenge for the new government would be to achieve the consensus on big dams.

“Currently Pakistan is facing the worst water crisis which needs to be addressed on a war footing,” Zafar maintained adding that currently, 10 suggestions on overcoming this severe issue is under consideration.

Referring to the 1960 Indus Water Treaty with India, the minister said under the accord, Pakistan was allowed to build at least seven dams on major rivers on which the country had exclusive rights. “But unfortunately we only managed to construct two,” he regretted.

Zafar also said the capacity of existing dams is reducing constantly mainly due to desalination due to which water storage capacity is also shrinking. He further warned that the county could face further water crisis in the coming future due to the impact of climate change.

“Our irrigation system is over 200 years old, which also makes things difficult,” he said, adding that 90% to 95% water is being used for agriculture in the country for which Pakistan needs to adopt modern techniques.

The minister lamented that presently an average 1,300 million acre-feet water was available annually. But this resource goes wasted into the sea every year due to the lack of water reservoirs and conservation practices.

“We need to increase the share around 30% given the water scarcity in Pakistan,” said Zafar adding Pakistan spends only two to three per cent its annual budget on water resources. The federal minister further said there are various misunderstandings regarding water share to provinces while stressing upon focusing more on the rain harvesting system in the country.