‘Cholistan should be made part of international heritage’

‘Cholistan should be made part of international heritage’ 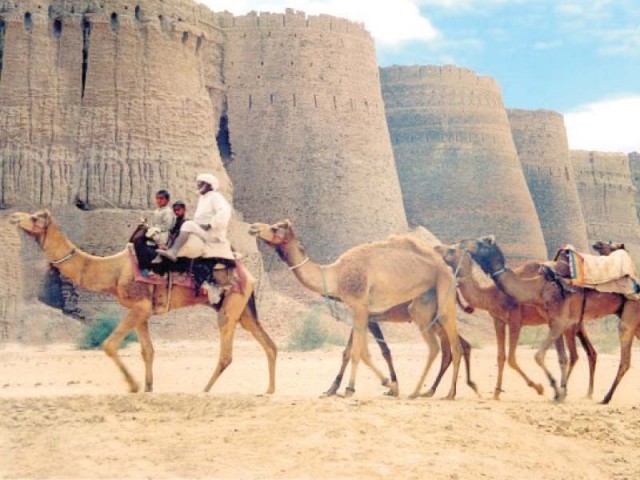 He expressed these views while presiding over a meeting of the Cholistan Development Authority (CDA) at Circuit House Bahawalpur on Saturday.

He said the CDA projects should be completed immediately and implementation on the newly introduced schemes should start as soon as possible. No compromises should be made in the quality of projects started by CDA.

He said utmost efforts would be made in the improvement of CDA service structure and the provision of drinking water facility to 150,000 inhabitants of Cholistan was the first priority.

For the promotion of livestock sector, the minister said construction of new ponds and increase in the grazing lands was the need of the hour. He added Punjab played a vital role in the elimination of poverty and provision of food security in the country. “Great care of wheat purchased through food department should be taken to protect it against expected rainfall, floods and insects,” he said. He said dispatch of wheat should be started from the priority flag centres so that wheat stock could be saved from rainfall.

“In accordance with agriculture department’s water management wing farmers should be made aware about the water saving schemes so that water shortage crisis can be dealt with. Cotton has a vital role in the national economy and agriculture department’s field staff should guide farmers in this delicate situation so that increased per acre production can be made possible,” the minister said.

During the meeting, the minister was briefed that pesticide inspectors confiscated counterfeit pesticides worth Rs6.63 million in Bahawalpur during 2017-18. The meeting was told that 15,000 per acre high-efficiency system installation target had been set in Bahawalpur. There were total 70 wheat procurement centres in the city.