Visas were grante­d in almost half of 88 cases last year where victim­s
By Reuters
Published: August 3, 2018
Tweet Email 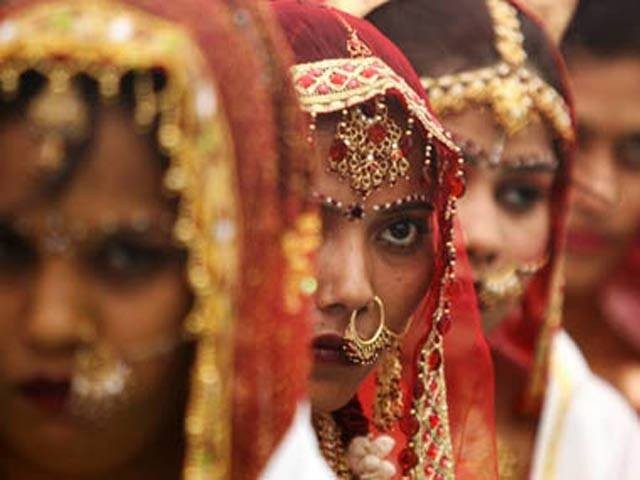 LONDON: Britain is failing victims of forced marriage by granting dozens of visas to their spouses despite warnings that the women married abroad against their will, charities said on Thursday.

The Times newspaper said on Thursday that visas were granted in almost half of 88 cases last year where victims, officials or third parties had raised fears of forced marriage.

“It is a very typical case that girls are forced into marriage, and then when they come back to the UK, they are forced to put in a spousal application for their abuser.”

The Home Office said in a statement that they “take our safeguarding responsibilities very seriously” as a “world-leader in tackling the horrendous crime of forced marriage”.

Britain banned forced marriage in 2014, although there have only been two convictions since the law was passed.

The government’s Forced Marriage Unit received reports of nearly 2,000 possible cases last year, many involving girls from South Asian backgrounds but campaigners say the figure is just the tip of the iceberg.

Charities called for reform of a policy that requires officials to inform a foreign spouse if his wife does not support his visa application. This can expose women to domestic violence, homelessness and family rejection, they said.

“It’s a huge, huge barrier for women to come forward,” said Polly Harrah, founder of The Sharan Project, a charity that supports vulnerable South Asian women who have left home.

Charities said the system was flawed as victims’ attempts to escape coercive marriages were often overridden by officials who were not sufficiently alert to signs of risk.

Harrah described one case where a woman wrote to the Home Office to say that an application had been fraudulently submitted in her name, but officials dismissed her letter as her handwriting made them believe that it was written by a child.

“There are a number of reasons why cases are referred to the Forced Marriage Unit, not all of which are the result of a reluctant sponsor getting in contact,” a Home Office spokesperson said.

“In some cases it will be decided, following enquiries, that no further action is necessary and a visa will be issued.”

Prem of Freedom said she found that Home Office officials did find creative ways to refuse applications, even when victims were unable to publicly withdraw support for the visa.

US and Turkish foreign ministers agree to try to resolve issues