Encroachment of public space, a continuing nuisance in Sargodha

Encroachment of public space, a continuing nuisance in Sargodha 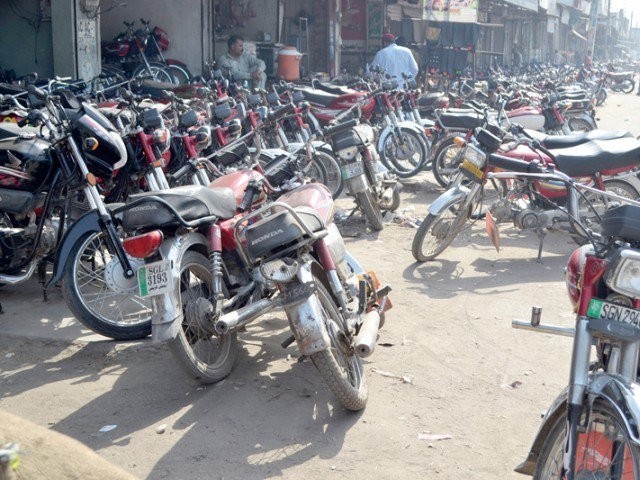 SARGODHA: Encroachments are resulting in roadblocks and becoming a nuisance for the people of Sargodha.

Locals claimed that traffic police and anti-encroachment staff of the district administration seemed least bothered over clearing the occupied spaces.

Residents said the district administration failed to remove encroachments from different areas and these blockages were causing huge traffic jams, both during the day and at night. Long queues of vehicles could be seen stuck in traffic jams in different areas of the city, including Khayam Chowk, University Road, Railway Road, Muslim Bazaar, Urdu Bazaar and other areas.

Shoppers faced immense difficulties due to large scale encroachment in markets and urged authorities to take note of the situation.

The most affected area was Liaquat Market where traders permanently kept large objects on the roadside. The dealers encroached on the footpath and made the area a part of their shops by furthering increasing the shed up to 20 to 50 feet.

Munawwar Ali, a resident of Silanwali, told The Express Tribune that commuting had become difficult in the city. “I get stuck in traffic jams for almost an hour on a daily basis. The government should devise an effective plan to resolve the matter.”

Similarly, Shaukat Rizvi, a resident of Jinnah Colony, said, “Encroachments have marred the beauty of this city and have become a menace for the residents.” He maintained that encroachers should be arrested and fined to teach them a lesson.

Irate residents said encroachments had increased on a massive scale in markets and trade centres. People selling green groceries on wheel carts have increased in number, making it difficult for citizens to even walk.

They demanded that authorities take action against encroachments and devise a proper parking plan for resolving traffic problems.