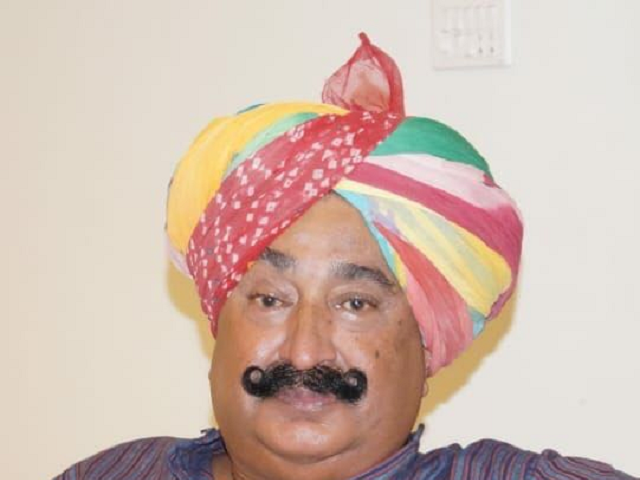 KARACHI: Known for his royal air as he belongs to the former ruling family of Amerkot, now Umerkot, Rana Hamir Singh is the Pakistan Peoples Party’s (PPP) first pick on the reserved seats for minorities in the Sindh Assembly.

Singh, the 26th Rana of Dhat, was crowned after the demise of his father Rana Chandar Singh in 2010.

The lawmaker’s family home is being flocked by people belonging to Muslim and non-Muslim communities from Tharparkar, Umerkot, Sanghar and Hyderabad at Rana Jageer situated at a distance of 12 kilometers from Umerkot.

Clad in a potiya [turban], lungi and kameez and occasionally a gold kara [anklet] on his right foot that only the Rana is entitled to wear, the royal can usually be seen welcoming people amid the sound of drums beating.

No walkover for Imran in parliament

“We, Sodha Rajputs, have a history of 900 years in Umerkot when Sodha ji from Ratokot conquered Amerkot in 1125 AD. My ancestor, Rana Prasad, also gave Mughal emperor Humayun shelter at the Umerkot Fort when Shershah Suri drove him out from the ruling seat of India. I take pride as Emperor Akbar was born in the family fort situated in Umerkot in 1542,” Hamir said.

He shared that another ancestor, Rana Ratan Singh, was impaled by the British in 1847 for continuously waging war against them and not letting them enter Umerkot and Tharparkar for four years as they had conquered Sindh much earlier in 1843.

Hamir’s grandfather, Rana Arjun Singh, contested the elections from the platform of Muslim League in 1946 against Congress. He preferred to stay in the newly-emerged state – Pakistan – in 1947.

“My father, Rana Chandar Singh, was a close friend of former Prime Minister Zulfikar Ali Bhutto. He was also one of the founding members of the PPP. He was elected member of the provincial and National Assembly nine times consecutively and served as a minister on several portfolios, including irrigation minister for East and West Pakistan,” Hamir told The Express Tribune.

In 1990, Hamir’s father left the PPP and formed his own political party, the Pakistan Hindu Party. 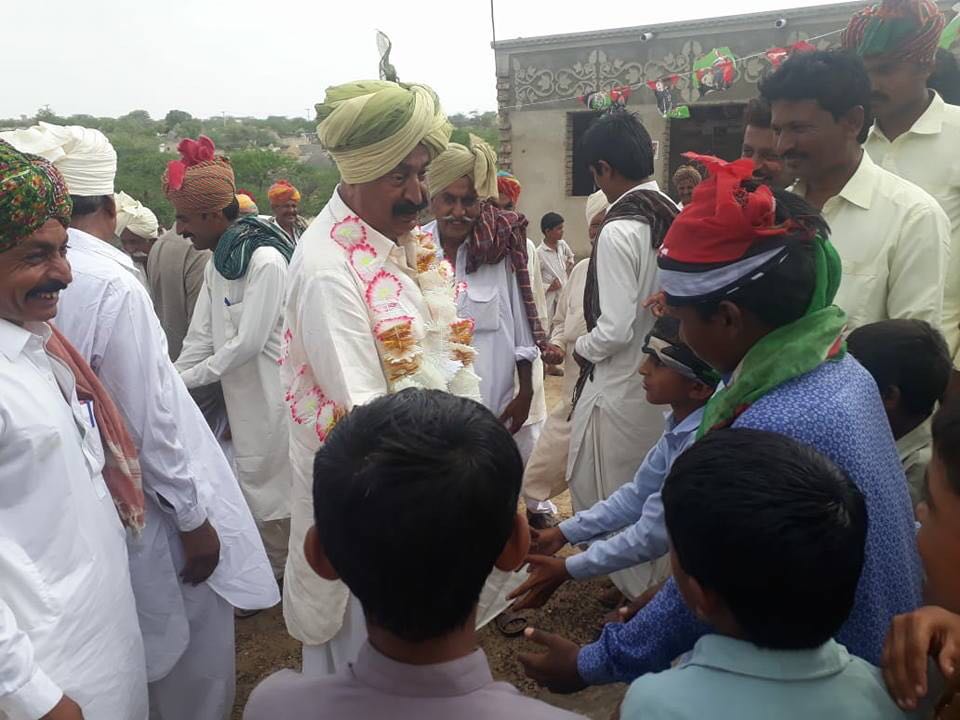 Meeting with his supporters. PHOTO: EXPRESS

Hamir has also been a member of the Sindh Assembly thrice and served as a minister for science and technology and research in irrigation in 1993, provincial assembly member and Sindh Arid Zone Development Authority (SAZDA) vice chairperson and has served as the naib nazim of Umerkot district.

In 1990, he was first elected on a separate electorate from the platform of Pakistan Hindu Party where non-Muslims were supposed to vote and elect their own representative initiated by Ziaul Haq.

Hamir could not participate in elections in 2002 as he did not meet the education criteria of being a graduate. Hamir has completed his education till intermediate.

After the 2013 election, Hamir helped five out of six PPP candidates win and later joined the party. This is why PPP’s leadership put his name on the top priority of their candidates for nine reserved seats for non-Muslims in Sindh. 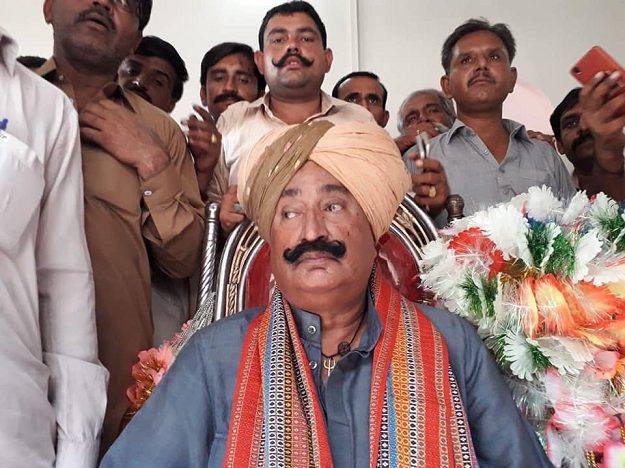 This election, PPP swept the Umerkot district and restricted strong opponents belonging to the Arbab family to only one provincial seat in Tharparkar district due to a large Hindu vote bank in the area. After winning 76 seats out of 130, PPP is set to form its government in the province once again.

“I want to serve the people of my areas where the majority of Hindus reside in Tharparkar, Umerkot, Sanghar and Mirpurkhas districts by resolving their revenue and agriculture related issues,” Hamir claimed, saying that Tharparkar and Umerkot are geographically distinct from the rest of Sindh due to the arid nature of its land.

Hamir’s only son, Kanwar Karni Singh, is a lawyer in Tharparkar district. His marriage in the Kanota Rathore royal family of Jaipur in 2015 made headlines on both sides of the border as well as internationally.