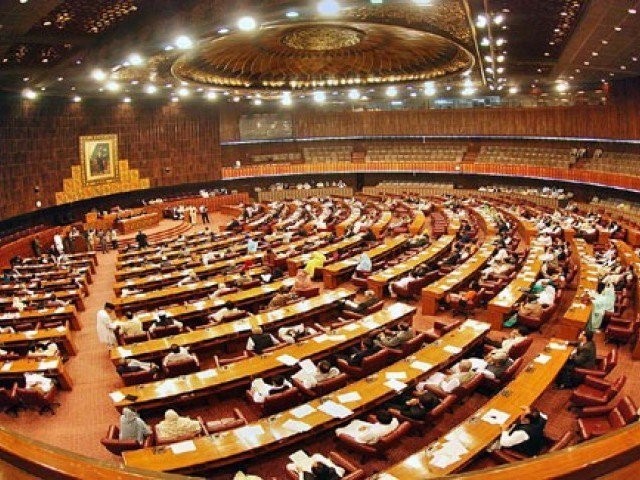 Members of the forum also agreed that the way activities were carried out in the pre-election campaign on the election day and onwards ‘clearly suggest’ what was going on and who was being ushered in. PHOTO:FILE

ISLAMABAD: Expressing serious concerns over the way the July 25 polls were held, a Senate panel has agreed that since the Election Commission of Pakistan (ECP) is a party to the matter, the issue of alleged rigging in the election must be debated and sorted out in parliament.

This was resolved in a meeting of the Senate Forum for Policy Research held on Wednesday at the Pakistan Institute of Parliamentary Studies and chaired by Senator Tahir Mashhadi.

Members of the forum also agreed that the way activities were carried out in the pre-election campaign on the election day and onwards ‘clearly suggest’ what was going on and who was being ushered in.

Mashhadi said witch-hunting in the name of accountability and hounding out candidates of a particular party were among the many signs that suggested favourable results were being chalked out.

“Nobody has blamed any other party for the rigging but the extra-constitutional forces played their part and they are to be blamed for all this (mess),” the chairperson said.

He suggested that since the ECP had declared the elections free and fair and it was a party in the case, therefore parliament should look into the issue in detail. “As the saying goes no one should be judge in his own case,” he added.

He appreciated Pakistan Tehreek-e-Insaf (PTI) Chairman Imran Khan’s offer to open those constituencies where candidates and parties have alleged rigging. “It will auger well for democracy if he (Khan) really does this.”

Senator Nuzhat Sadqi of the Pakistan Muslim League-Nawaz (PML-N) said the arrests of her party workers and disqualification of Hanif Abbasi just before the election were some of the clear signs what was in the making. She said the PML-N will issue a White Paper on all the happenings that led to the ‘favourable results’.

Senator Anwarul Haq Kakar of the Balochistan Awami Party (BAP) said there was a clear pattern in the elections where there were certain beneficiaries that included the Awami National Party (ANP).

Talking in details about the irregularities in Balochistan and the lives lost to suicide blasts in the Mastung and Quetta blasts ahead of polls, Kakar said: “We cannot conquer those powers and if we tend to conquer them we will be defeated. There is only one way which is an unblemished and uncompromising career.”

He said parliament should debate as to how they could have an environment in the elections where free and fair polls are held without any external or internal influence.

ANP’s Senator Ilyas Bilour also chided invisible forces harassing his party’s workers and candidates and said after the elections ANP leader Mian Iftikhar Hussain planned to protest against the alleged rigging but he was served a letter warning him that a suicide attacker was out to blow him up.

“This is insane as terrorism is being used as a tool to keep us away from raising our voice,” he said.

He also criticised Chief Justice Mian Saqib Nisar for withdrawing security of political figures. “It was nothing but giving terrorists some soft targets,” he said.

Senator Afrasiab Khattak, another ANP member, claimed that there was ‘method in the madness’ which was evident from the pre- and post-election happenings. “I think everybody knows what is going on and who is doing it but nobody can say anything which is disappointing and hurting.”

The committee concluded that they would compile the minutes of the meeting and send them to the Senate for further action and debate in the house. The committee also noted that the election could be discussed in the Committee of The Whole.