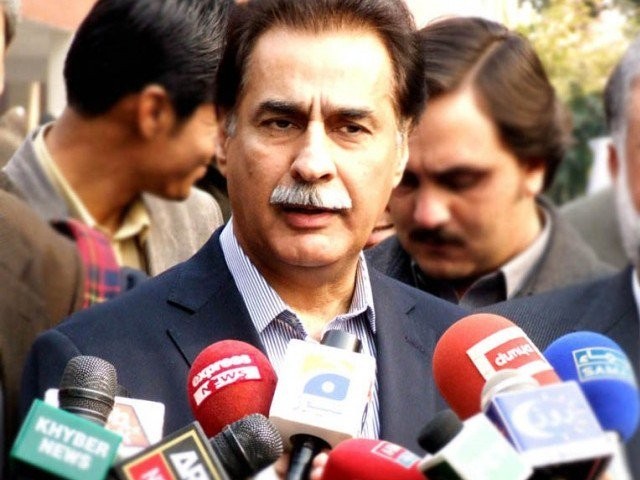 Says that some of the TV channels attributed the vote recounting application to him and requested that such application should be turned down. PHOTO:FILE

The former NA speaker denied any such application in a letter written to the Election Commission of Pakistan (ECP).

The ECP ordered the Returning Officer (RO) of NA-129 Ghulam Murtaza Uppal for a recount after different television channels ran the news mentioning that Sadiq had requested for a recount in the constituency. The commission also ordered the RO that recounting may not be undertaken if the consolidation proceedings have been concluded.

On July 29, the RO received the order from ECP, which said, “I am directed to refer to the subject (Recounting of ballot papers under section 95(5) of the election Act 2017) and to convey that ECP directed to recount the ballot papers as per request of the petitioner namely Sardar Muhammad Ayaz Sadiq, contesting candidate from NA-129 Lahore-VII and if the margin of victory is less than 5% of the total votes polled in the constituency or 10,000 votes whichever is less in accordance with provisions of Section 95. In case the consolidation proceedings are concluded then re-counting may not be undertaken. It is, therefore, desired for compliance the order of ECP in letter & Sprit under intimation to this commission”.

However, on July 30, Sadiq wrote to the ECP that he had won the seat with a margin of 8,000 votes. He said that the runner-up candidate Pakistan Tehreek-e-Insaf’s (PTI) Aleem Khan had moved an application for recounting, which was accepted by the RO and recounting was carried out.

He said that some of the TV channels attributed the vote recounting application to him and requested that such application should be turned down.

On July 31, the Provincial Election Commissioner wrote to RO Ghulam Murtaza Uppal that application had been received on July 30 from Ayaz Sadiq. The RO was requested to take the necessary action under the laws and rules.

However, another application was submitted before the RO on the former speaker’s behalf which said that he had not filed any application for recount and the media ran false news and action should be taken against those responsible.

RO Ghulam Murtaza Uppal told The Express Tribune that he received application for taking action in accordance with law but no specific channel was quoted. He added that he will also see whether or not it is under his jurisdiction to take some action as RO in such a situation.

CII proposes to penalise three Talaqs in a go