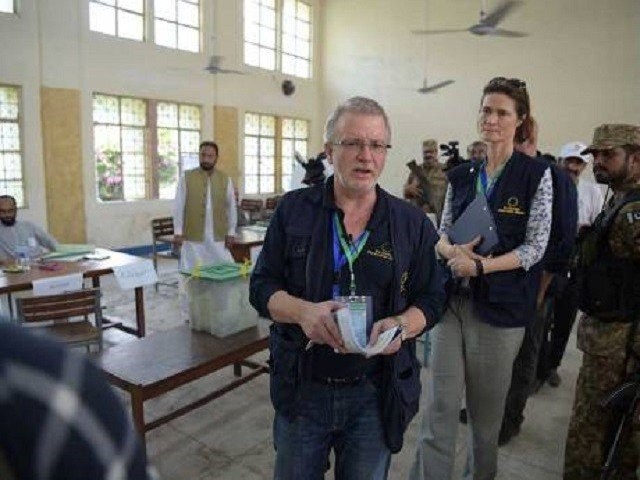 RAWALPINDI: The conduct of General Elections 2018 was better than the previous ones, said Rawalpindi Deputy Commissioner Dr Umer Jahangir while answering questions of European Union Election Observers Group (EUEOG) on Tuesday at the DC Office.

Jahangir said that Rawalpindi district remained on the top in taking action against violators of the election code of conduct.

Furthermore they were also the most efficient in removing illegal election publicity material.  Meanwhile, candidates of different political parties who violated the rules were also served show cause notices.

Talking to the EUEOG he said, improvement and betterment was witnessed in the general elections 2018 as compared to previous elections.

Overall the election remained peaceful in the district and no untoward incident was reported here, he said adding that tight security arrangements were made for highly sensitive polling stations.