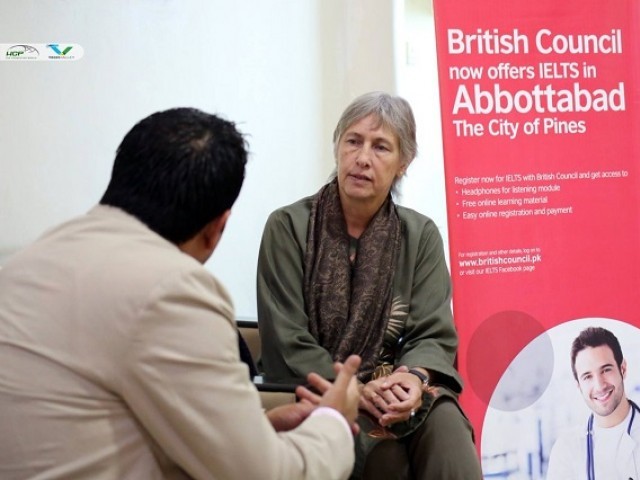 The British Council Digital Library will strengthen the cultural ties between UK and Pakistan PHOTO: AFP

ABBOTTABAD: In a first for the region, the Pakistan chapter of the British Council has set up its digital library in Abbottabad.

The library was launched by British Council Pakistan Country Director Rosemary Hilhorst in a ceremony at Tech Valley in Abbottabad on Tuesday.

In the ceremony, Hilhorst expressed the hope that more small tech valleys open up across Pakistan to expand the momentum, energy, innovation, and empowerment of the community.

“[The library] will serve as a hub for the continuing efforts to create educational opportunities, knowledge sharing and fostering a learning environment where creativity and innovation are valued. It will really help to build the capacity of teachers, students, youth, entrepreneurs and innovators which is one of the primary goals of Tech Valley Abbottabad,” she said.

“This is indeed a landmark in the history of Abbottabad where people will get an opportunity to learn, connect and innovate,” he said, adding that it was a fantastic step towards turning Abbottabad into a tech-savvy city and for particularly focusing on small towns where such steps are much needed.