'In Pakist­an it is though­t that every eighth person is infect­ed with either hepati­tis B or C'
By Our Correspondent
Published: July 29, 2018
Tweet Email 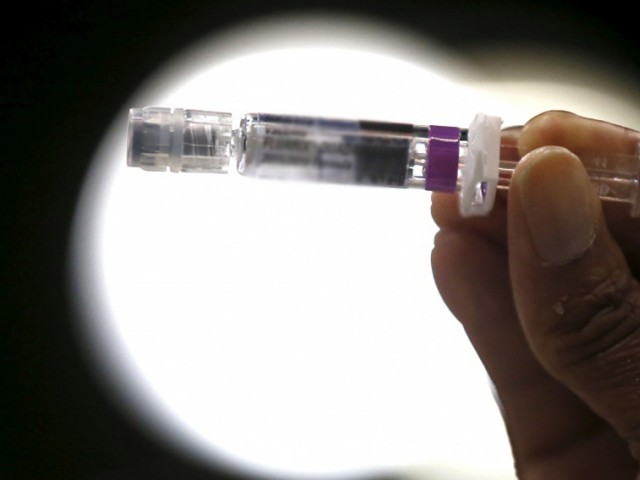 PESHAWAR: As the world observed World Hepatitis Day on July 28, it is estimated that nearly 12,000 people are infected with hepatitis C and about 5,500 with hepatitis B in Khyber-Pakhtunkhwa.

This was shared by K-P Hepatitis Control Programme Director Dr Kalimullah Khan while addressing a seminar to mark the day.

On the occasion an awareness walk was also arranged in which large number of doctors, students and other people participated. The participants shared their views and said that worldwide millions of people living with viral hepatitis unaware and this programme aim to aware to aware people of this province.

Khan shared that 300 million people living with viral hepatitis are unaware that they have the disease and informed that similarly a sizeable number of people in Pakistan, especially in K-P are unaware of this viral disease.

Dr Khan also shared that a new medicine Velpatasvir has been introduced for prevention of this disease the use of which can help a patient control this disease in three months.

He informed that from next month they have decided to distribute this tablet free of cost in public sector hospitals to the poor patients infected with hepatitis C and B. The director criticised both provincial and federal government for not taking serious notice of this issue.

He said that K-P Hepatitis Control Programme has convinced five companies to purchase this medicine and provide to the poor patients of the province.

Meanwhile, Rehman Medical Institute (RMI) organised an event on Saturday regarding World Hepatitis Day to create awareness among masses against this disease.

A number of consultants, nurses, paramedical staff from RMI and other general public attended the event.

Awareness walk, a lecture by Dr Javed Iqbal of Lady Reading Hospital was held and a free hepatitis screening was also inaugurated at RMI for the general public.

Senior consultant of RMI Dr Muhammad Naveed Anwer said that more than 400,000 people die from the complications associated with Hep B and Hep C.

In Pakistan it is thought that every eighth person is infected with either hepatitis B or C he said.

Separately, health officials said that in order to control hepatitis cases, the health department plans to propose to the K-P legislators for enacting laws holding blood investigations mandatory ahead of marriages and specifically surgical procedures.

Blood screening was mandatory ahead of surgical procedures to protect the doctors from virus. However, tests for would be spouses remains a personal choice of the people of the province where not only hepatitis but thalassemia too was prevalent.

“We have blood testing facilities at the district and tehsil headquarters hospitals besides tertiary care facilities, but on voluntary basis and we want screening to be made mandatory,” a senior health official told The Express Tribune. The official however requested anonymity since he was not authorised to talk to the media.