Activi­st claims most people who are transg­ender did not vote owing to transp­hobic attitu­des
By Riaz Ahmad
Published: July 26, 2018
Tweet Email 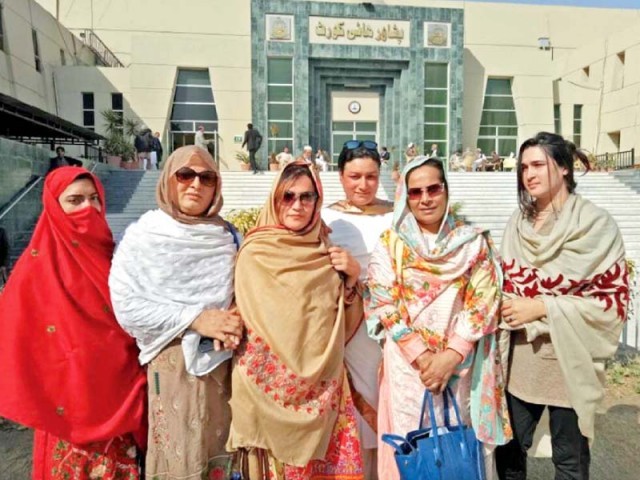 PESHAWAR: As the country went to the polls to vote in a third consecutive parliament, a group of people who are transgender and were observing the elections were not allowed to enter polling stations in many parts of the provincial capital on Wednesday.

Arzoo, who is a transgender, told The Express Tribune that they had been trained, paid and allowed by the ECP to enter any polling station without any interference in their respective areas on election day.

“Our observers mainly focused on urban areas to avoid any untoward situation. However, in Afghan Colony area, we were not allowed to enter polling stations by police officers and others,” she claimed, adding that all such incidents had been reported to the ECP’s complaint cells as well as gender cells.

However, Arzoo bemoaned that the ECP and other officials had noted their complaints but were “not doing anything to address them.”

The observers had been tasked to report on issues of accessibility faced by women, specially-abled people and people who are transgender on election day and report it to the monitoring and complaint cells.

Each of the 25 observers had been assigned a polling station to visit and monitor and they were to be paid a stipend of Rs5,000.

Trans-rights activist Qamar Naseem told The Express Tribune that there were just 127 people who are transgender registered with the apex poll body in the province.

This, he said, meant that these people had identified themselves as transgenders on their computerised national identity cards (CNIC) and had been allowed to vote inside the polling stations reserved for women.

“Thousands of people who are transgender had identified themselves as men in their CNICs — so how can they go and vote inside a women’s polling stations while wearing a dress,” he asked.

Naseem went on to claim that many people who are transgender simply did not show up to cast their votes, fearing transphobic behaviour from other voters and staffers.

“As far as the transgender observers are concerned, most of them were not allowed to enter [polling stations] which is unfortunate. It was reported to the Gender and Disability Cell of the ECP but all in vain,” he noted.

Around 50% turnout seen in peaceful Peshawar