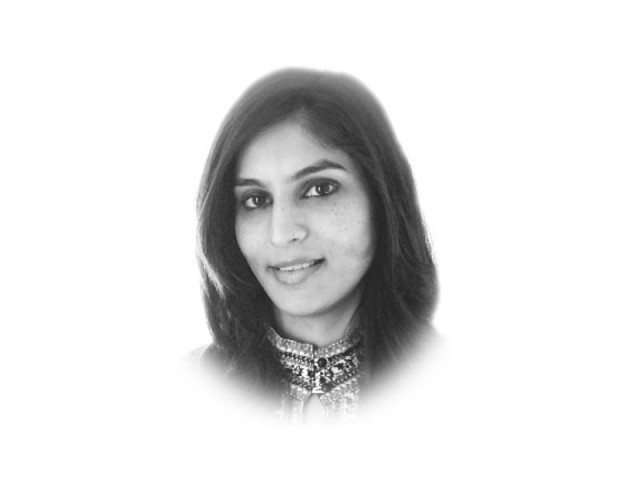 On July 24, I returned from a polling station in the G-8 sector of Islamabad. It seems as though Imran Khan is set to become the prime minister of Pakistan. This line sounds like an alarm bell; a shrieking of a car right before a bang; nails on a chalkboard and also sounds eerily familiar. Pakistan has had military rule for almost as much time as it has had democratic governments, so if Imran Khan is in power, how democratic will it be? As democratic as a cat guarding the milk, if you look at how vehemently he has supported the excessive defence budget of Pakistan.

If democracy is democracy, three things must take place: open flow of information so voters can be educated on context; an environment without fear and harassment and lastly, an inclusion of all minority groups. Majoritarianism is not democracy. Yet you see that this election was based on three specific facts: a revolting media ban with controlled information flow. We saw that TV anchors were given a list of allowed words and forbidden words. Opinion editorials were taken off. Journalists’ homes were ransacked. To proliferate a culture of fear, many activists were temporarily abducted and returned without a story to tell. Others have not returned so far.

Women and minorities have a story to tell though. The gender gap in registered voters went up, not down, since 2013, so women surely were left out deliberately on technical grounds like the need for a national ID card. The fact is that democracy pre-dates ID cards. Also, if you are considered non-Muslim while you disagree, you will have your right to disagree taken away. An entire community is not voting because separate voting lists have been made for them in a clear violation of the UN human rights charter which the country is signatory to.

So three things as prerequisites to democracy are the exact three things that did not take place pre-election. So on Election Day we do these three things: We grieve; we accept that democracy, though flawed, is better than blatant military coups and a three-time democratic transition is better than only a two-time transition and lastly we wake up tomorrow, pull up our moth-eaten socks and get to work.

There is much work to be done. We need to report on how free and fair the elections were and expose irregularities. There was a polling booth reported by a TV channel that was not functional even after voters showed up. When investigated, it turned out that election officials had been directed to delay preparatory work.

We must also hold Imran Khan accountable if PM-select becomes PM-elect. We must ask him why he voted to block a pro-woman amendment to the Hudood Ordinance in 2006; his stance on blasphemy laws; why he said real mothers stay home to raise kids and turn down empowering formal work and most importantly, why he cannot differentiate between corrupt people allegedly funding his campaign from the corruption he based his entire campaign on.

The one thing that gives me solace is that Imran Khan will come into power, or his party will, at a time when #MeToo is gaining ground in Pakistan. In politics, women have always been told it doesn’t matter what a man does in his private life; who he hurt; who he abandoned; who he impregnated outside the law and who he battered. We are told to “separate the man from the greatness he pretends to have.”

#MeToo has unseparated it. It has asked, via a social media court, for men in power to stop hiding under the garb of popularity and to stop violating women and getting away with it.

Imran Khan can court the religious right; marry a woman of purdah and ask that minority groups are punished. All he wants, everyone will still pay heed to the fact that he is untrustworthy to those he makes promises to. The private is now political because private lives of leaders are public domain and therefore cannot be hypocritical anymore. Private lives that reek of mistrust and exploitation and double lives are going to reflect a doublespeak in government. It will reflect intellectual corruption. The economic cost is huge.

In an interview to DW, Imran Khan said the problem of minority persecution is a “small issue”. He said the real issue is malnutrition and economy. It made for a good sound-bite to the media but it made for a terrible philosophy in a leader. No citizen of Pakistan, once persecuted by the state, is to be diminished. Not women, not transgender, not religious minorities and not the poor.

Someone I respect as a political opinion-maker said this to me: “Imran Khan is a tribe of trolls. He will be prime minister, but he will never be respected.”

On July 26, 2018, I hope, for the sake of Pakistan, that this statement proves wrong and that Imran Khan gains the respect of the weak marginalised classes of Pakistan. We are only as strong as our weakest link.