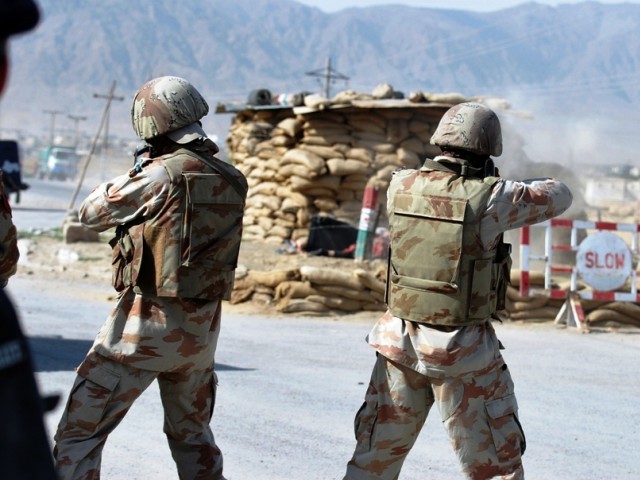 The attack comes in the wake of a string of deadly attacks on electioneering in various parts of the country. PHOTO: AFP

QUETTA: At least 30 people were injured, five critically, in a hand grenade attack ripped through the election office of the Balochistan Awami Party (BAP) in the Dalbandin area of Chaghi district late on Sunday night.

Security forces rushed to the scene and moved the injured to the district hospital.

“We’ve shifted five of the seriously injured to Quetta for treatment,” a senior police officer said.

The election office was in a state of disrepair from the grenade attack.
Security forces cordoned off the area and have now launched a search operation to find those involved in this regard with no one having come forward to claim responsibility for the attack so far.