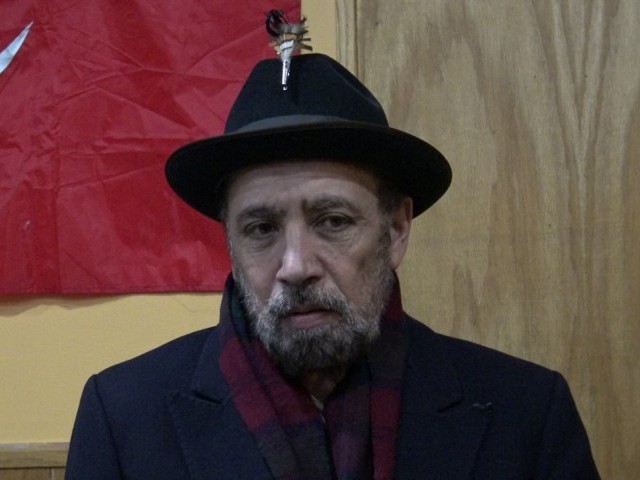 This is the third in a string of brazen attacks targeting politicians with Siraj Raisani of the Balochistan Awami Party (BAP) and Haroon Bilour of Awami National Party (ANP) having also been slain in the recent past.

Gandapur, a former provincial minister for agriculture, was contesting the polls on the PK-99 seat in Dera Ismail Khan, Kolachi.

“He’d [Gandapur] often go around in his jeep and we weren’t given a heads up by him this time,” Afridi added.

“A day ago, we even warned him about the risks,” he said.

A video clip made on a cell phone shows Gandapur and his driver  both in critical condition inside the obliterated vehicle.

They both succumbed to their injuries at the Combined Military Hospital (CMH).

Four other people, including two police constables, had also been injured in the heinous attack.

The head of the bomb disposal unit (BDU) in Dera Ismail Khan, Inayat Tiger, said that eight kilogrammes of explosives had been packed in the suicide vest when it was detonated. 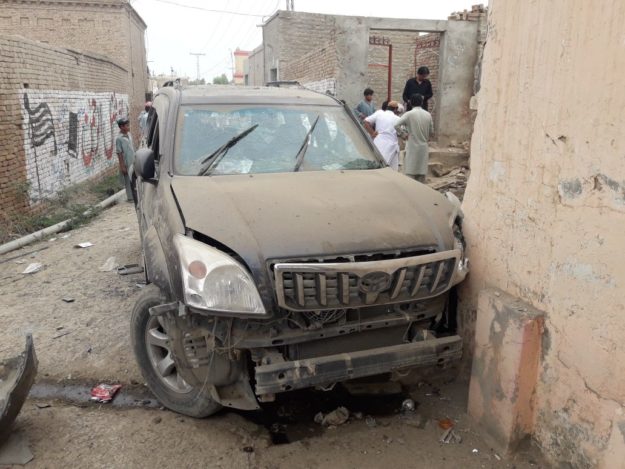 “The blast’s severity was amplified by using ball bearings and pellets mixed with explosive material,” he said.

A police official said that the bomber’s decapitated head and legs were recovered in the debris, adding that the attacker was wearing a white shalwar-kameez.

The banned Tehreek-e-Taliban Pakistan (TTP) have come forward to claim responsibility for the incident.

A message sent by the TTP spokesperson, Muhammad Khursani termed the attack “an act of vengeance for their fallen comrades.”

Ikramullah Gandapur’s brother Israrullah Gandapur, who was the law minister of Khyber-Pakhtunkhwa (K-P) had also been killed in a suicide attack in DI Khan five years ago .

According to a statement issued by his office, Khan prayed for the departed souls of martyred Ikramullah Khan Gandapur, and others killed in the attack. He also prayed for an early recovery of all those injured.

He announced the Shuhda package for the heirs of the victims and directed the authorities to provide the best possible treatment to the injured. 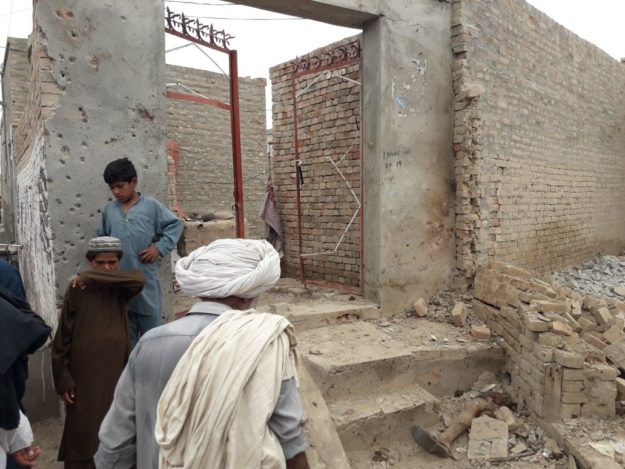 Meanwhile, the caretaker chief minister formed a committee to probe the motive behind the attack. He directed authorities to quickly bring the culprits to justice.

The committee is headed by the chief of the Counter Terrorism Department. Other members included SP and SSP (headquarters), DSP investigation and representatives of IB, ISI and MI.

The report should ascertain whether the directives of the Caretaker Chief Minister were followed and as to whether the candidate was provided adequate security cover. He also instructed the local administration to secure the scene of the crime.

The report should also ascertain how the bomber carried out the attack after bypassing the security apparatus present.

PTI’s Arif Alvi and others offered condolences on demise.

OMG. What a tragedy. Earlier our friend & a brave young man Asrar Ullah Gandapur martyred in a suicide attack & now his brother. May Allah rest his soul in peace. May Allah save everyone & rescue Pakistan from this menace of terrorism https://t.co/ZOGRpZlZuD

#PPP Chairman @BBhuttoZardari expressed deep grief and sorrow over the martyrdom of #IkramullahGandapur and his driver and sympathized with the members of bereaved families https://t.co/gT7AVUo4OX

I just received devastating news about Ikramullah Gandapur’s demise, he got martyred in a suicide attack this morning. Alas, Another Blood Drenched Election in Pakistan. @BBhuttoZardari @sherryrehman @Mustafa_PPP pic.twitter.com/FGjWTZ9uIy

COAS expresses his grief on martyrdom of Ikramullah Gandapur in suicide attack. “We have lost another patriotic political leader who are being targeted by enemies of peace & democratic process. We stay determined & steadfast. Blood of our martyrs shall not go waste, IA”, COAS.