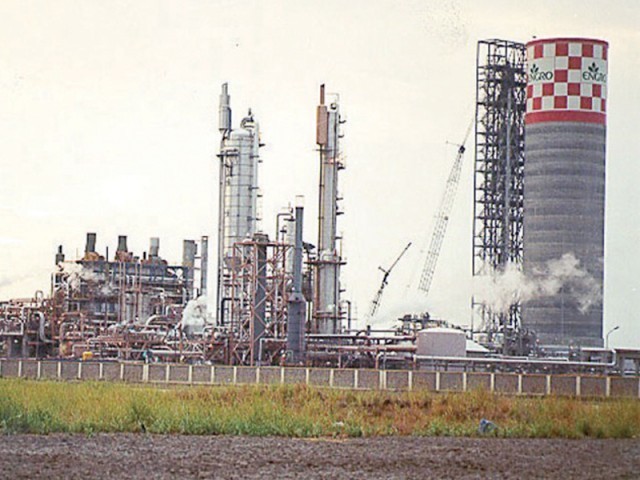 Engro Corporation's stock price dropped 0.42%, or Rs1.36, and closed at Rs321.89 with trading in 1.78 million shares at the Pakistan Stock Exchange (PSX) on Friday. PHOTO:FILE

KARACHI / ISLAMABAD: Royal Vopak of the Netherlands has signed a share purchase agreement with Engro Corporation for the acquisition of 29% shares in Elengy Terminal Pakistan Limited (ETPL).

Engro announced the signing of the deal on Friday. According to sources, Royal Vopak will pay $38 million for the 29% stake in ETPL, which is a subsidiary of Engro.

The deal marks a significant inflow of foreign direct investment (FDI) into Pakistan. In previous fiscal year 2017-18, the country had received a total of $2.76 billion in FDI.

This is the second Dutch company that is investing in Engro’s businesses in a short span of two years. Earlier, FrieslandCampina Pakistan BV acquired a 51% stake in Engro Foods at a price of $446.81 million in December 2016.

The acquisition is subject to meeting certain conditions, including regulatory and shareholder approvals, and the deal is expected to be closed in the fourth quarter of 2018.

“Our investment strategy team is looking at a wide variety of new businesses and new sectors for reinvestment…with focus on agriculture, renewable energy, digital and logistics technology,” he added.

In November 2017, Engro and Royal Vopak had inked a memorandum of understanding to explore potential growth opportunities within Pakistan and abroad and in industries such as liquefied natural gas (LNG), chemical storage and terminal operations.

Engro to inject a minimum Rs3.03 billion into chemical subsidiary

Engro’s business relationship with Royal Vopak dates back to 1997 when the then Engro Chemicals entered chemical storage and handling business in a joint venture with Royal Vopak’s predecessor.

The LNG terminal, which was the first such facility in Pakistan established at an estimated cost of $300 million, has been running and handling gas imports since March 2015. The terminal has an installed capacity to handle 600 million cubic feet of LNG a day.

The facility also consists of a jetty and a 7.5km high-pressure gas pipeline. The pipeline is connected to the network of public utility Sui Southern Gas Company.

The terminal has enabled the state and private sector to overcome energy shortage in the country. With the availability of imported gas, the government has established a few mega power plants on gas and has been able to curtail power outages to some extent.

Pakistan, with a population of more than 200 million, has a growing energy demand in which the share of gas is expected to rise. Gas is mainly used in power generation, domestic consumers, industrial production and as feedstock for fertiliser manufacturing.

“We’re excited to enter into this mutually beneficial partnership with Royal Vopak which will allow Vopak to realise its strategy of entering Pakistan energy market and will pave the way for Engro and Vopak to collaborate in more ventures at home and abroad,” said Ghias Khan, President and CEO of Engro Corporation.

Royal Vopak CEO and Executive Board Chairman Eelco Hoekstra said: “We very much look forward to further build, inside and outside of Pakistan, on our excellent partnership with Engro. This new step in our cooperation gives Vopak an excellent entry into the growing Pakistan LNG market.”

JS Global analyst Amreen Soorani, in comments to clients, revealed that Engro currently held an 80% stake in ETPL, but after the share sale, its stake would drop to 51%.

“The transaction is expected to lead to a one-time gain of Rs7 per share in Engro’s income statement,” she added.