It earns Rs2.42b in Apr-Jun quarte­r, plans to challe­nge the tax in court
By Salman Siddiqui
Published: August 19, 2017
Tweet Email 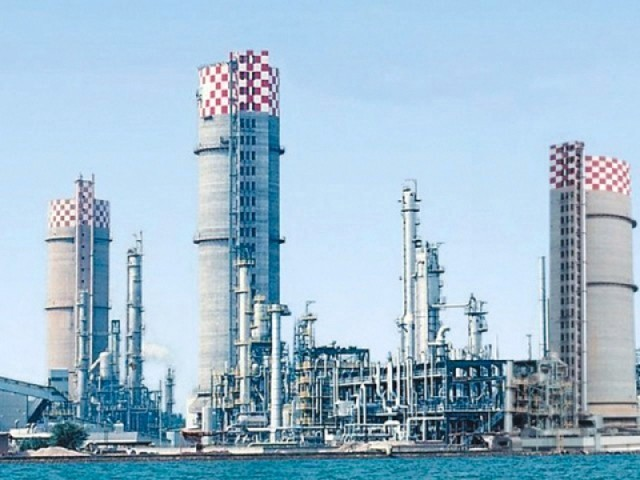 KARACHI: Engro Corporation managed to register a higher consolidated profit with strong support from non-core businesses, but super tax wiped off significant gains and pulled net earnings down by 3% to Rs2.42 billion in the quarter ended June 30, 2017.

The conglomerate believes the extension in the super tax for one more year is unnecessary and will challenge it in court.

“The company intends to challenge the levy of this tax and believes there is a reasonable case in our favour,” Engro Corp GM Legal and Company Secretary Faiz Chapra said in a notification to the Pakistan Stock Exchange (PSX) on Friday.

Based on prudence, the company made the provision for the tax in its books of accounts, he said, adding the tax was levied through the Finance Act 2017 retrospectively on income for the financial year ended December 31, 2016.

The gains, however, failed to benefit the conglomerate due to heavy taxes, including the super tax, imposed by the government to bear the cost of war against terrorism.

Engro paid Rs4.29 billion in tax on profit, which was 2.6 times higher than Rs1.63 billion in the corresponding quarter of previous year.

Chief Financial Officer Hasnain Moochhala, while speaking at a post-result briefing, said they would also challenge the tax on inter-corporate income as it also unduly impacted their earnings.

According to the profit and loss accounts, basic earnings per share (EPS) – attributable to owners of the holding company only – fell to Rs1.67 in April-June 2017 from Rs3.49 in the same quarter of 2016. This EPS is calculated by excluding the profit attributable to non-controlling interest.

The board of directors recommended a second interim cash dividend of Rs7 per share, which was in addition to the dividend of Rs5 per share already paid. The new entitlement will be paid to the shareholders whose names will appear in the register of members on September 15, 2017.

Net sales of the company dropped 11% to Rs29.66 billion from Rs33.17 billion because of discontinuation of revenues from Engro Foods.

“Engro Foods became an associated company with effect from December 19, 2016. Accordingly, its revenues are not consolidated for the period January-June 2017, whereas the comparative period includes such revenues,” said the notification.

Cumulatively, in the first half (January-June) of 2017, its profit shrank to Rs6.71 billion from Rs6.91 billion in the corresponding period of previous year.

Responding to a question, Moochhala said Engro was evaluating whether it may expand its coal mining operations to another block in Thar and expand the area of operation in block-II as well. “However, nothing is final at the moment,” he said.

As far as a new project for establishing another liquefied natural gas (LNG) import terminal at Port Qaism was concerned, he said they were still in negotiations with the government and the time frame had not yet been decided.

He revealed that the subsidy on fertilisers had earned them a good business in the second half. “However, the recovery of subsidy from the government will remain a challenge,” he said.