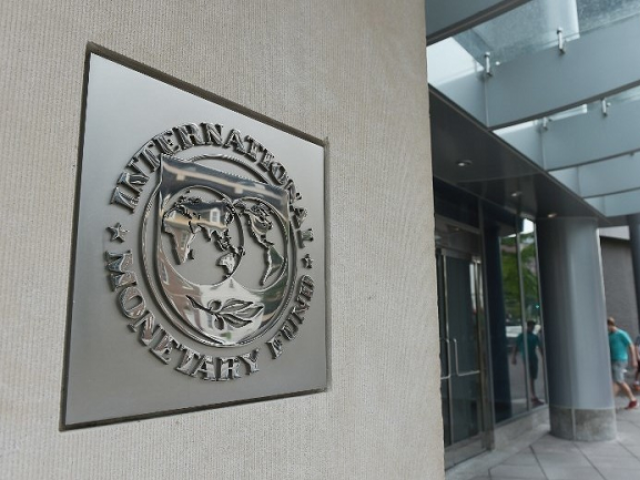 At the current pace of imports, the foreign currency reserves are sufficient only for six weeks of imports. PHOTO:REUTERS

ISLAMABAD: The International Monetary Fund (IMF) and Pakistan’s finance ministry have failed to make accurate forecasts about the country’s external sector for the last fiscal year, putting a question mark over the capability of both institutions.

Projections of the Washington-based lender for the current account deficit and gross official foreign currency reserves for fiscal year 2017-18 were missed by a huge margin. Its first Post Programme Monitoring (PPM) mission had made these projections hardly six months before the close of the last fiscal year and released a report in March, three months before FY18 ended.

The IMF’s forecasts of external debt, imports, trade deficit and foreign direct investment were also wide of the mark.

The actual outcome has led to depletion of gross official foreign currency reserves at a more rapid pace besides exposing the country to external account financing challenges.

On this basis, the IMF had expected that in the medium term the current account deficit would remain elevated at about 3.8% of GDP, owing to continued real exchange rate misalignment and slow recovery of remittances.

However, the external sector figures that the central bank of Pakistan released on Thursday showed that the current account deficit shot to a record high of $18 billion or 5.7% of GDP at the end of fiscal year on June 30, 2018.

The IMF went off the mark by $2.3 billion or 14.6% just three months before the close of the fiscal year.

The IMF has diverted its best human resource to countries where it has more financial exposure like European Union and Latin American nations, said former finance minister Dr Hafiz Pasha.

Compared to the $6.2-billion size of last IMF programme, Argentina got a $50-billion bailout programme, he added.

Last month, the IMF had also sent a technical assistance team to Pakistan aimed at helping the finance ministry to improve its macroeconomic modelling. Some of the technical team members were also part of the team that held PPM discussions with Pakistan.

Although Pakistan has officially not announced it, the country remains in the process of taking another bailout programme, and a weak mission team at the IMF headquarter would further erode the fund’s credibility, according to independent analysts.

On the other hand, the Ministry of Finance is also to share the blame that has developed a habit of deliberately understating worsening macroeconomic indicators to paint a rosy picture. The finance ministry had projected the current account deficit to stand at $9 billion, which went off the mark by 100%.

In the PPM, the IMF had forecasted that Pakistan’s gross official foreign currency reserves would stand at $12.1 billion by June 30. However, SBP’s statistics showed that the reserves fell to $9.7 billion in that time despite availing the $1.5-billion China trade facility and a $500-million loan from China’s State Administration of Foreign Exchange (SAFE) to cushion reserves.

The IMF’s reserves projections went off the mark by $2.4 billion or almost one-fifth.

The IMF’s PPM report had conveyed confidence that despite deterioration on the external front, the country would still have over two months of import cover at the end of the fiscal year, said Dr Pasha.

At the current pace of imports, the foreign currency reserves are sufficient only for six weeks of imports.

The IMF’s trade deficit projections also went off the mark by $1.6 billion.

The external debt and liabilities is an area where the IMF has been struggling for the last four years to make accurate projections. The PPM team had projected that the external debt and liabilities would peak to $93.2 billion by June 30. The central bank has not yet released the full year numbers but the debt has already touched almost $92 billion by the end of March.