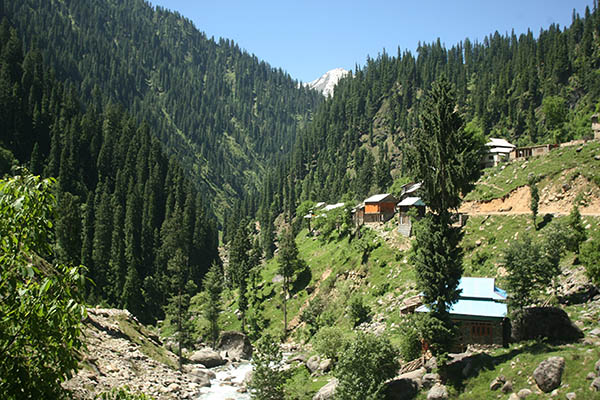 A view of tourist huts in the mountainous Neelum valley in Pakistan. PHOTO: AFP

ISLAMABAD: Federal health authorities have warned that Pakistan could face international isolation and harsh travel restrictions if country’s state of health affairs was not improved as donors were fed up of financing health programs in the country due to poor performance in health sector during the last 20 years.

“Our state of affairs is not satisfactory at all as we have failed to eradicate polio despite thousands of polio vaccination drives, measles and other communicable diseases are resurfacing, while on the front of non-communicable diseases, we are faced with epidemics of diabetes, hypertension and obesity,” stated Federal Secretary Ministry of National Health Services Captain (retd ) Zahid  Saeed on Wednesday.

He said billions of dollars have been spent on population planning programmes but still the country’s population growth rate is 2.4%.

Speaking at the launch ceremony of “National Diabetes Survey of Pakistan 2016-17”, the federal health secretary conceded that the overall situation is in ‘bad shape’ in Pakistan, blaming it on the lack of sincerity on part of officials. The federal secretary added many other lesser developed countries had better health indicators despite the fact that they got liberated after Pakistan but excelled in health and education sectors prior to Pakistan.

According to the NDSP 2016-17 by the Pakistan Health Research Council, Ministry of National Health Services, Regulations and Coordination, one in every four person aged 20 and above is diabetic in Pakistan.

The number of people with diabetes has increased dramatically three times from 8.7% in 1994-98 survey to 26.3% in 2016-17 survey constituting about 27.4 million people living with diabetes.

“There is an increasing trend towards younger people developing diabetes as 30% of those between 20-39 years have diabetes, which is a worrying trend resulting in the loss of a very productive individual”, noted the report. Similarly, the rise of diabetes in rural setting is another concern as it will reduce their working potential as well.

Highest prevalence of diabetes was observed in Sindh (32.3%), followed by Punjab (30.2%), Balochistan (29.5%), and KPK (13.2%). The survey also identified an overall 52.6% prevalence of hypertension or high blood pressure in the country including 27.9% known hypertensive and 24.7% newly diagnosed cases.

Terming the survey results as ‘extremely alarming’, the secretary said Pakistanis would now have to reconsider their eating habits and lifestyle as millions of young people are becoming diabetic due to their dietary habits, lack of physical exercise, excessive use of motor vehicles, and avoiding walk on daily basis.

“We should wake up now or we would become a nation of disabled persons. Despite the fact that diabetes is preventable, millions are affected it due to bad and sedentary lifestyle and habits”, he said.

Likewise, health minister Muhammad Yousaf Sheikh urged people to take responsibility of their health saying almost every family in Pakistan is affected by Type-2 diabetes and asked healthcare providers and doctors to create as much awareness as possible to prevent all such diseases.

“Duty of the government is to ensure formulation of strategies and their implementation in letter and spirit. Diabetes has become a national challenge but fortunately, we have the expertise that can help in combating this epidemic and reduce it to non-alarming levels”, he added.

Presenting the results of the survey, lead investigator of the survey and Director BIDE Prof Abdul Basit said as per their survey 26.3% Pakistanis had been found diabetic while over 14 percent were pre-diabetics, which means that around 27 million people in the country were diabetic at the moment.

“Pakistan has the 4th highest number of diabetics in the world and if this state of affairs continues and nothing is done to improve the situation, days are not far when Pakistan would be the number one country on this list”, he warned calling for immediate steps to prevent the epidemic.

Honorary President of the International Diabetes Federation (IDF) Prof. Samad Shera said wrong messages and information was being disseminated about diabetes, saying frequent thirst and urination with weight loss were “not the signs of type 2 diabetes”.

“Type 2 diabetes is a silent killer like hypertension and high cholesterol level for years. If you are an Asian, over the age of 40 and have waist circumference above 35 inches, it means that you are either diabetic or going to be diabetic”, he warned.