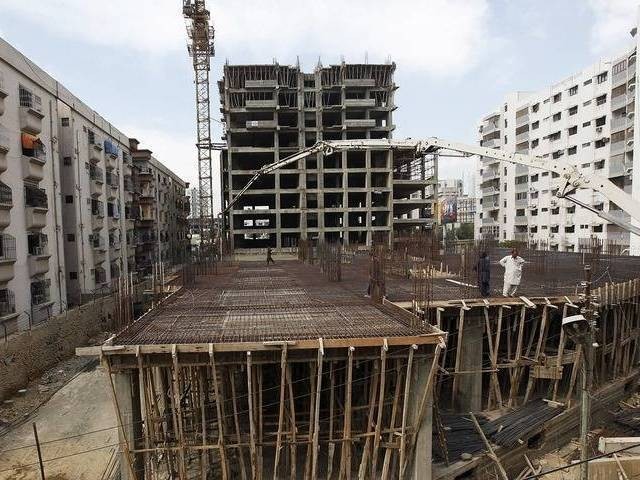 The average 25% to 30% increase in the property valuation rates for collection of federal taxes under the second phase had to be implemented from July last year. PHOTO:REUTERS

ISLAMABAD: Pakistan’s efforts to curb the use of black money in the real estate sector, and enhance its tax collection have been dealt a serious blow. The country’s bureaucracy has halted implementation on two key reforms, which were introduced by the last PML-N government.

The Federal Board of Revenue (FBR) has delayed the notification for the establishment of Directorate General of Immovable Properties that could have given authorities the first right to acquire assets that were undervalued to evade taxes. It has also not increased the property valuation rates in big cities as an alternate to the DG Immovable Properties. But the FBR says that it alone cannot take these measures and will require support from the four provinces.

These two reforms had been introduced by former finance minister Ishaq Dar and former prime minister Shahid Khaqan Abbasi to crack down against practices that became the cause of use of black money in the real estate sector.

The former premier had taken a courageous step and introduced the concept of pre-emption right through the Finance Act 2018 that came into effect from July 1. As an incentive, Abbasi had also lowered the tax rates on purchase and sale of properties, ranging from 1% to 4%, to only 1% of the gross value of the property. Both these measures were planned to come into force at once.

At present, there are three rates of one property. One is the actual price, the second is Deputy Collector (DC) rates of the provinces, and the third is FBR valuation rates that are higher than the DC rates but lower than market rates. The buyers use undeclared assets to pay the difference between the actual market and the FBR valuation rates. The new scheme eliminates this difference as it allows property holders to declare it at actual price and pay only 1% tax.

However, in the Finance Act, the FBR had inserted a clause that states, “The provisions of this section shall come into force on such date as the federal government may, by notification, in official gazette, appoint”.

This notification has not been issued even after 16 days of the start of the new fiscal year 2018-19.

But the delay in issuance of notifications is resulting in payment of federal taxes at the existing rates of 1% and 2% being charged from the sellers and 2% and 4% being paid by the purchaser.

The delay in issuance of the notification and appointment of a director general has given an impression that the caretaker government is also not serious about property undervaluation. The issue has also been taken up at the level of caretaker Finance Minister Dr Shamshad Akhtar, but no further action has been taken yet.

“Unless provinces come on board and change their tax laws and rates, the new system will be difficult to implement,” said FBR spokesman Dr Mohammad Iqbal, while explaining the reasons for the delay.

Abbasi had announced the first right to buy property scheme in first week of April and there was hope that the federal and the provincial governments would resolve these issues before end of June.

But the FBR’s bureaucracy argued that these drastic reforms cannot be implemented without strong political commitment. It said that any decision to abolish or enforce the new realty sector regime can be taken by the next government.

While scrutinising the Finance Bill 2018, the Senate Standing Committee on Finance and Revenue had also opposed the new scheme. Chairman of the standing committee Farooq Naek said that according to the constitution, taxes on immovable property were not a federal subject.

“The government should restrict itself to the subject of recovering unpaid taxes arising from the undeclared value of the property. The concept of understatement of the asset value can only be known when the FBR knows beforehand what the fair market value is,” according to Naek.

In May this year, the FBR spokesman had said that until the provinces abolished the deputy collector rates and stamp duties rates, the pre-emption scheme cannot be successful.

The average 25% to 30% increase in the property valuation rates for collection of federal taxes under the second phase had to be implemented from July last year.

After holding a series of meetings with the realty sector stakeholders, the federal government had decided to bring the deputy collector-determined property rates on a par with the prevailing market rates for enhancing tax collection in three phases.

The delay in full implementation of these reforms could increase problems for Pakistan to curb black economy particularly at a time when it faces threat of being blacklisted by the Financial Action Task Force.