Burulai, one of many victims of the tradition of 'bride kidnapping' in Kyrgyzstan

Burulai, one of many victims of the tradition of 'bride kidnapping' in Kyrgyzstan 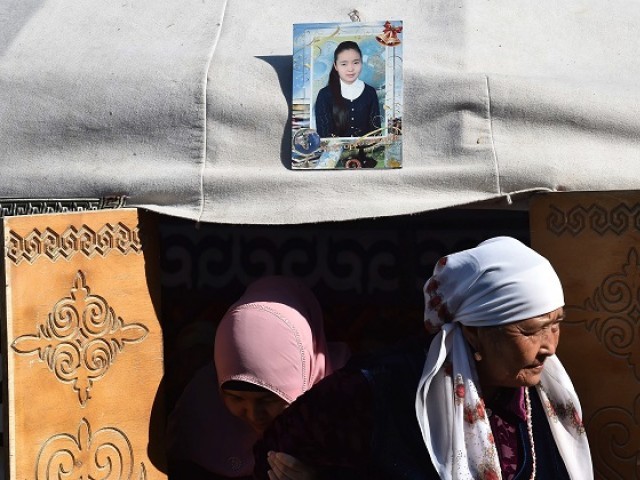 Brutal killing of the 20-year-old medical student has sparked public outrage, people demand an end to the practice PHOTO: AFP

Inside a nomadic yurt pitched next to her family home in northern Kyrgyzstan a young woman’s female relatives sob loudly in a traditional ceremony marking 40 days since her death.

“She was my youngest daughter. Humble and well-behaved,” the victim’s mother, Gulnara Kozhanaliyeva, told AFP through tears.
“She had such big plans for the future,” she said, inside the yurt where an Islamic cleric chanted prayers. 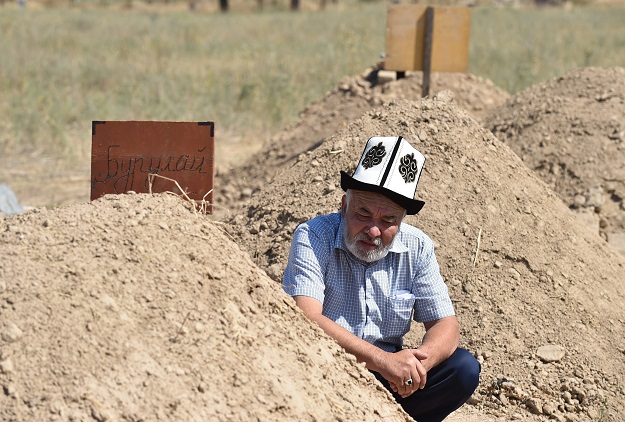 Instead, she was allegedly killed by a jealous kidnapper inside the confines of a provincial police station in Jayil district, in the northern Chui region, in May.

According to family members who saw her body, the 30-year-old suspect carved the young woman’s initial and that of her sweetheart into her chest, although police refute this.

The attack has horrified the ex-Soviet nation of six million people, prompting several thousand to take to the streets and drawing condemnation from the United Nations and rights groups. 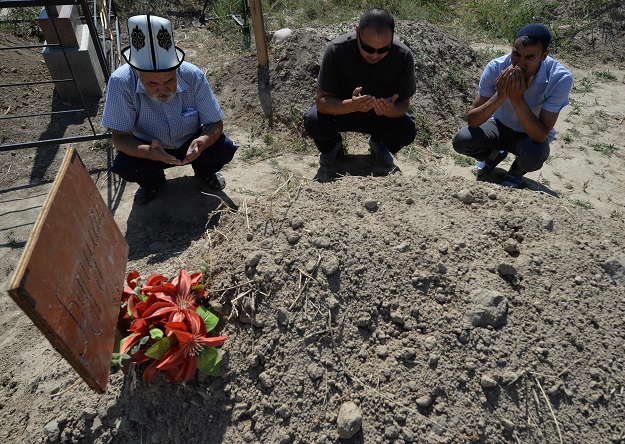 At least 23 police officers have been either disciplined, suspended or sacked for negligence after her suspected kidnapper allegedly stabbed her to death as she waited to give a witness statement against him.

But the girl’s family has refused to accept the police account and her mother has criticised the country’s justice system.

“When we have justice served across the land, only then will we be able to bring an end to this tradition” of bride kidnapping, Kozhanaliyeva said.

The victim’s uncle said the family should take matters into their own hands. 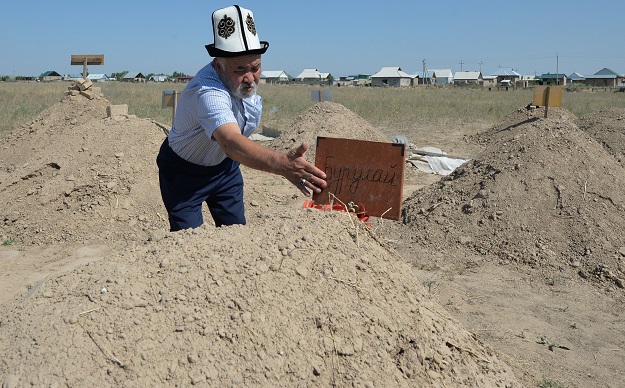 “If laws don’t work, then we should act. Eye for an eye, blood for blood,” Seyit Kozhanaliyev told AFP.

“How did the kidnapper manage to kill her so cruelly inside the walls of a police station?” he seethed.

Police have denied claims that the attacker inscribed the letters N + B, representing the victim’s name and the name of the man she had wanted to marry, on her chest.

After the attack, the suspect turned the knife on himself and was hospitalised before being taken into pre-trial detention, police said.

He is yet to be indicted but faces a murder charge, while a suspected accomplice is also under investigation on a bride kidnapping charge.

The practice of bride kidnapping, known locally as Ala Kachuu, has roots in Kyrgyzstan’s nomadic past and persisted into the Soviet era, albeit on a smaller scale.

Some argue that the practice has survived because of social conservatism and a relatively weak tradition of arranged marriages in comparison with neighbouring countries, as well as poverty among rural families who struggle to save money for dowries. 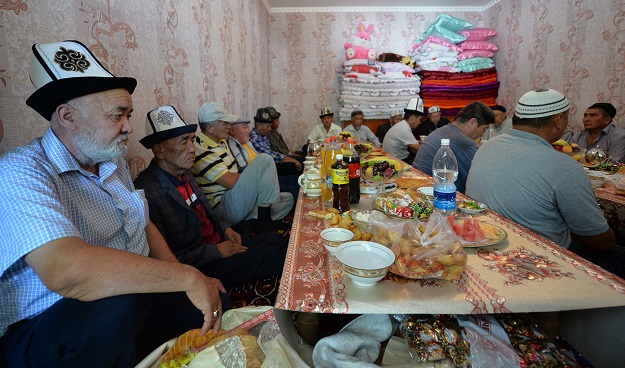 Abduction for marriage in Kyrgyzstan is punishable by up to seven years in prison but critics say the law is not enforced properly.

The problem is “in law enforcement and judicial practices,” said Umutai Dauletova, a gender coordinator for the United Nations Development Programme (UNDP) in Kyrgyzstan.

Research that the UNDP conducted on bride kidnapping last year showed that around 70 per cent of such criminal cases collapse, Dauletova added.

UNDP’s office in Kyrgyzstan cites government data indicating that one fifth of Kyrgyz marriages occur following bride abductions.
But only one person was sentenced to jail on bride kidnapping charges in Kyrgyzstan last year, according to official records.

Last month, several thousand people rallied in the capital, Bishkek, in two protests, one of which was backed by the education ministry.
One male parliamentarian, Dastan Bekeshev, proposed building a monument to Turdaaly Kyzy outside the headquarters of the interior ministry.

Many of his colleagues have been accused of staying quiet, however.
In a searing speech that went viral on social media, lawmaker Aisuluu Mamashova questioned why only female deputies raised the hot-button issue in parliament and called “the irresponsibility of men” a “national problem”.

Model and TV personality Assol Moldokmatova, who played a key role in organising one of the two protests, argued that a mindset rooted in stigma, bans “and what would society think” reinforces bride kidnapping.

The woman’s killing, which triggered “a wave of non-acceptance” regarding the practice, could help change that, said Moldokmatova, claiming she received some 7,000 messages from victims of gender-based violence in the days following the rally.