Five pillars of the political structure

Five pillars of the political structure 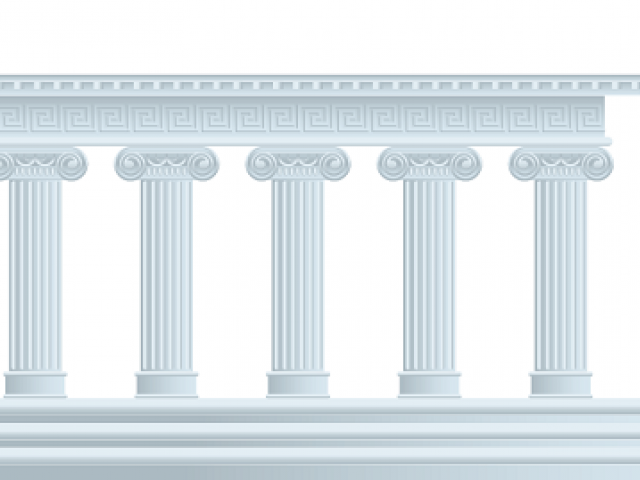 Belatedly economists have begun to appreciate that the strength of an economic system depends on the strength of the political structure. The elections of 2018 will determine whether the political structure Pakistan built over the last seven decades will be strengthened and survive into the future. If it does, it will aid the country’s economic revival and put its economy on the track of sustainable growth matching that of some other fast-growing economies of Asia.

Pakistan’s political structure rests on five pillars which, at this moment, are of almost equal strength. But the five pillars were not built all at the same time. They were erected to deal with the circumstances the country faced. The process of construction started with the Civil Service of Pakistan, the CSP, becoming the first pillar to which the military added itself a decade after the country gained independence. Politics began to be built as a pillar in the fading days of the rule by General Ziaul Haq. It was president Pervez Musharraf who built the fourth pillar responding to the enormous developments that were taking place in and around Pakistan in information technology. For the last couple of years, the judiciary has added itself to the structure. The elections will signal whether the citizenry is comfortable with the structure that has been built over time.

In what follows I will briefly describe the way the structure that got built. This description will underscore one important point: in erecting the political structure Pakistan did not follow a particular design.

Ever since gaining independence more than 70 years ago, Pakistan has been engaged in constructing a political order that was more complicated than that of India’s. In Pakistan’s case, the country had to absorb eight million Muslims who migrated from India and arrived in Pakistan while some six million Hindus and Sikhs moved in the other direction. The refugee arrival made Pakistan almost entirely a Muslim state, increasing their proportion by 20 percentage points, from some 74 per cent in the total population to 95 per cent.

In 1951, when Pakistan took its first population census, one of every four Pakistanis was born outside the country. Their absorption presented the new country with an enormous problem which was not the case with India where the refugees made up less than 2 per cent of the population. Complicating for Pakistan was the fact that a good number of refugees who arrived from India got concentrated in one small geographical area, the port city of Karachi. Socially, politically and economically, the refugees constituted a set of people very different from the population in which they had to be absorbed. They were more urbanised, more educated and more advanced than the Sindhis, the native population of Karachi. The refugees chose Karachi as their destination for the simple reason that the city was selected as Pakistan’s first capital. They had correctly surmised that the jobs they were looking for would be available in the government and the government would be in Karachi.

It was this demographic churning that led to Pakistan constructing the first of the five pillars that were to support the political structure that got built over time. The CSP that had inherited the mantle of the famed Indian Civil Service, the ICS, became the first pillar. Those from the CSP were joined by the members of other government services to manage the affairs of the government that was still in the process of being formed. The CSP had been nurtured in the ethos of the ICS that had once been called “steel frame” of the Indian British Empire. The ICS didn’t have to look for guidance to the politicians since they were not around in British India. The dominance of the CSP in Pakistan’s early phase was one reason why the new country did not hurry with the development of a stable political structure.

But stable structures need more than one pillar. The second pillar was added in October 1958 when General Ayub Khan, the commander-in-chief of the Pakistani army, decided to remove the civilian facade that had been put on the structure by the Constitution of 1956. He abrogated the Constitution and wrote a new one in 1962 and introduced the presidential system of governance. Once in power, he realised that he needed the experience and expertise lodged in the CSP to manage the affairs of the government. The partnership between the civil and military bureaucracies was the mainstay of the Ayub Khan administration. It survived even after prime minister Zulfikar Ali Bhutto dismantled the CSP.

General Zia’s death in an air accident laid the foundation for the erection of the third pillar of the government structure. This brought civilian politicians into the system. The print and electronic media as the fourth pillar was created after the Musharraf regime issued scores of licences to TV channels that wished to exploit the arrival of information technology for business purposes. It was no longer practical for the government to regulate the content of broadcasts from so many channels. Constraints were also eased on the newspapers.

It was inevitable that the free media would facilitate the judiciary to become the fifth pillar of the system. If we follow the commentary on the way the judiciary has asserted itself, there are suggestions that the military and the courts are working together to cleanse the political system. At issue is the undisputed accumulation of wealth by some of the more powerful political houses who have acquired it through illegal means. Much of this wealth resides in the Middle East, East Asia and Britain. The judiciary working with the accountability system took out Nawaz Sharif and his daughter from the electoral contest. Former president Asif Ali Zardari is also being targeted. How will the electorate respond to these developments is the big question for the 2018 elections?