Impact of currency depreciation to come with a lag

Impact of currency depreciation to come with a lag

It will take a few more months before its effect on trade defici­t is visibl­e
By Hussain Zaidi
Published: July 16, 2018
Tweet Email 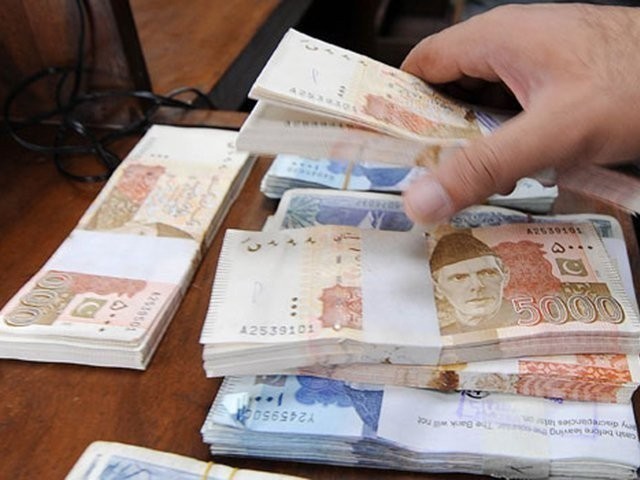 A look at the data of recent years will confirm that Pakistan’s economy is facing the twin deficits. PHOTO:FILE

ISLAMABAD: Fiscal deficit and trade deficit are collectively known as twin deficits because they often feed on each other.

As the May 28, 2018 monetary policy statement admits, with projected fiscal deficit of 5.8% of gross domestic product (GDP) for full FY18 and a trade deficit of 11% of GDP recorded in first 10 months of the year, the economy is stuck in the twin deficits.

What are the factors which account for the twin deficits? And what policy instruments are available to deal with the problem?

One, increased government spending drives up domestic demand, part of which is used to buy additional imports. In Pakistan, the propensity to import is high as consumers tend to emulate the lifestyle in vogue in developed countries. If the increase in exports lags behind that in imports, which generally happens in Pakistan, the trade deficit goes up.

Two, fiscal expansion increases the demand for money. Since interest rate is the price of borrowing financial capital, increased demand for money pushes up interest rates, which enhances the cost of doing business and thus adversely affects competitiveness of the domestic industry.

The situation is compounded by the government’s overwhelming reliance on bank borrowing to finance the fiscal deficit, which leads to increase in market interest rates. As a result, some of the private sector investment is crowded out.

This, in turn, causes a downswing in the national output. The lower national output reduces exportable surplus as well as creates additional space for imports.

In case, the government borrows from the central bank, which takes the form of printing of money, the excess money supply causes inflation, which makes imports cheaper and exports expensive.

In the same way, increased trade and current account deficits may also drive up fiscal deficit. Trade deficit means that capital inflows in an economy in the form of export receipts are less than capital outflows in the form of import payments.

The difference between capital inflows and outflows is met by foreign borrowing, which results in debt accumulation. External debt servicing is a drag on national resources and leads to widening of the fiscal deficit.

The situation worsens when the borrowed money generates import demand. Since national output is the sum of consumption and investment expenditure and net exports or trade balance, the trade deficit reduces the size of GDP.

A look at the data of recent years will confirm that Pakistan’s economy is facing the twin deficits.

In FY12, the fiscal deficit grew a whopping 47.4%. Corresponding to that, both imports and trade deficit registered a substantial growth of 11.14% and 36.6% respectively.

For FY18, the fiscal deficit was projected to reach Rs1.97 trillion. However, in the first nine months (July-March), the deficit grew 19.6% to Rs1.48 trillion. On the basis of current growth rate, FY18 would record a fiscal deficit of Rs2.23 trillion.

FY18 concluded with $60.9 billion worth of imports with a growth of 15.1% and $37.7 billion of trade deficit, up 16%. The figures were taken from the State Bank of Pakistan (SBP) and the Pakistan Bureau of Statistics.

Currency could weaken to Rs125 to the dollar: Moody’s

This does not mean that fiscal deficit is solely responsible for trade deficit or import growth. There are other factors at work as well. But the fiscal deficit and its financing has contributed to external account problems.

Let’s look at some other supporting data. According to the SBP, between end-June 2012 and end-March 2018, the external public debt went up 30.7% from $55.85 billion to $73 billion. External debt servicing remains a major component of public spending, which ate up $8.14 billion in FY17 and $4.96 billion in FY18 (July-March). Repayment to foreigners narrows the fiscal space for the government and forces it to borrow more.

How to tackle the deficits

Let’s now turn to the instruments available to deal with the twin deficits. Scaling down the fiscal deficit, which is theoretically the best option, is politically very difficult to do.

While most people or groups may favour it, few, if any, are willing to pay personal price the reduced fiscal deficit entails in the form of curtailed allocations or higher taxes. Thus, the government has to look for indirect instruments.

One such instrument is monetary policy. Unlike fiscal expansion, monetary expansion lowers interest rates, while unlike fiscal contraction, monetary contraction increases interest rates. With a view to stimulating growth, the SBP had pursued an easy or expansionary monetary policy in recent years. From October 2015 till May 2016, a 6% policy rate was maintained. From June 2016 to December 2017, the policy rate was pegged at 5.75%, which was enhanced to 6% in January 2018.

In the May 2018 monetary policy statement, the policy rate was hiked by 50 basis points to 6.5%. The decision has been taken to curb domestic, including import, demand.

Increase in the discount rate signals a restrictive monetary policy. However, the monetary contraction may not be of much effect if fiscal expansion does not slow down.

Another instrument is letting the exchange rate depreciate to curb imports and encourage export demand. The government has already used this instrument thrice in recent months. But so far this has not helped in bringing down the trade deficit.

That said, there is generally a lag between depreciation and improvement in the trade balance as import and export orders are made well in advance. Therefore, we will have to wait for a few more months to gauge the impact of rupee depreciation on the trade deficit.

The SECP and its increasingly crucial role