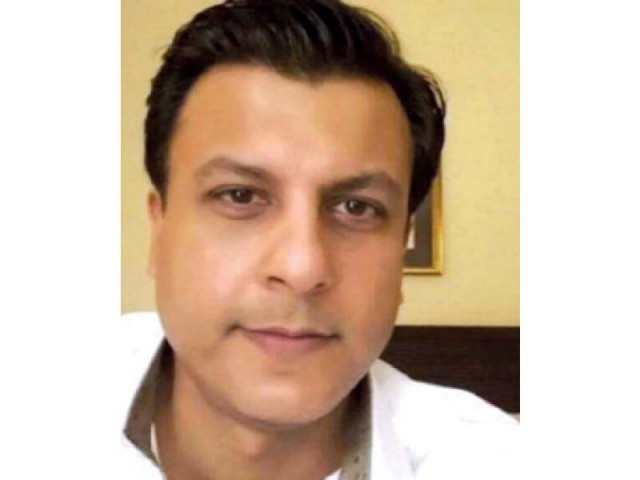 A division bench comprising Justice Aamer Farooq and Justice Mohsin Akhtar Kayani allowed the petition and set aside the ATC order regarding terrorism charges and transferring of the case. Thursday’s IHC order has restored section 7 of the Anti-Terrorism Act in the murder case and following the judgment, the ATC would once again start hearing the case.

On December 21, 2016, ATC-I Judge Kausar Abbas Zaidi had allowed a plea of the suspects for removing the terrorism clauses from the FIR and sending the case to the sessions court. Following the pronouncement of the judgment, the ATC had transferred the case to sessions court for trial observing that the offense did not fall within the ambit of the Anti-Terrorism Act (ATA), 1997.

The victim’s brother, Jawad Sohrab Malik, through his counsel Khawaja Naveed and Zain Qureshi had approached the IHC and challenged the ATC order.

Shalimar police had booked Arshad Mehmood, Noman Khokhar and at least eight other people after Malik was gunned down in F-10/3 in the early hours of August 15, 2016. Complainant Tariq Ayub, Malik’s uncle, was also injured in the attack, which took place near Shalimar Police Station.

Three counsels for suspects – Mehmood, Noman Khokhar and Hashim Khan – had questioned jurisdiction of the court saying no fear and insecurity spread in the society because of the murder.

They had alleged that the complainant party used influence to add Sec 7 of ATA in the case.

The counsels had argued that the FIR did not constitute offence under section 7 as, as per the FIR, the occurrence took place at 3:30am on an empty road, where not a single person was present and even people living in the nearby houses did not even come out and noticed anything.

They maintained that Sec 7 could not be inserted where there was personal enmity and vendetta involved, adding that case remains the same even if nephew of a senator or nephew of an ordinary person is murdered but this was not happening in the present case.

The complainant’s counsel said that it was not possible for an injured person to narrate all the things in one go, adding that a supplementary statement was added later on revealing that a car hit the wall of a nearby house following the indiscriminate firing by the suspects.

He added that the witnesses’ statements also revealed murder took place at a public place, people ran for their lives and they were in fear because of the firing. The act had an impact on public at large as it created helplessness among masses and constitutes an offence under Sec 7 of ATA.

“When a barrister at law and nephew of a senator is not safe then who is safe in this country,” he had said while replying to the argument that Sec 7 was added because of political influence.

In addition, he said, horror, terror and fear spread in society especially because the suspects took pride over their actions.