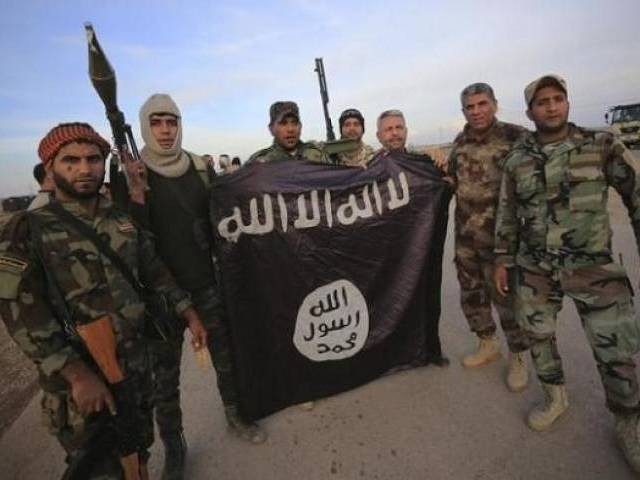 Islamabad, Moscow, Beijing and Tehran have all maintained contacts with the Taliban, saying they are meant to persuade the insurgency to seek a negotiated settlement to the Afghan war. PHOTO: REUTERS

ISLAMABAD: Pakistan hosted on Wednesday an unprecedented meeting of heads of intelligence agencies from Russia, China and Iran to discuss counter terrorism cooperation, with particular focus on the buildup of Islamic State in turmoil-hit Afghanistan.

Official sources in Islamabad confirmed that the participants held detailed discussions on joint measures to stop Afghan-based loyalists of the Middle Eastern terrorist group from threatening the territorial boundaries of the four nations.

The unusual huddle brought together spymasters from the countries which are “directly affected” by IS-led terrorism. However, it was “not targeted against any other country as it may be viewed,” the sources asserted in a bid to allay suggestions that cooperation involving Russia, China and Iran could undermine US-led efforts to stabilise Afghanistan.

A spokesperson for Moscow’s Foreign Intelligence Service also confirmed that the emergence of IS in Afghanistan prompted the deliberations in Islamabad.

“The conference reached understanding of the importance of coordinated steps to prevent the trickling of IS terrorists from Syria and Iraq to Afghanistan, where from they would pose risks for neighbouring countries,” Sergei Ivanov told state-run TASS media outlet.

He said the director of the Russian spy agency, Sergei Naryshkin, attended the Islamabad meeting along with Chinese and Iranian counterparts. They “stressed the need for a more active inclusion of regional powers in the efforts” to end the war in Afghanistan.

The discussions followed months of Russian allegations that the United States is behind growing IS influence, particularly in northern Afghan provinces next to the border with Central Asian countries. Washington dismissed the charges as rumours, and an attempt to justify Moscow’s links to the Taliban insurgency.

Russian envoy to the UN, Vasily Nebenzya, while addressing a Security Council meeting on Afghanistan last month, asserted that IS is creating training camps in the country for its fighters, including those who come from Central Asian states.

“This is a group, which has up to 10,000 fighters in its ranks, and it is already active in at least nine out of 34 provinces … and is constantly consolidating its positions in the north of the country, turning it into a springboard for its expansion into Central Asia,” Nebenzya said.

Iran, which shares a long border with Afghanistan, has raised similar concerns in the wake of IS’s growing terrorist activities in the region.

IS calls its Afghan branch Khorasan Province, or ISKP, and it routinely carries out deadly suicide bombings in the war-hit country and occasionally plots such attacks in neighbouring Pakistan.

Pakistani officials maintain the terrorist group has established strong bases in “ungoverned spaces” in Afghanistan and plans cross-border terrorist attacks from there.

They cite US military assessments that the Afghan government controls less than 60 percent of the territory.

Islamabad, Moscow, Beijing and Tehran have all maintained contacts with the Taliban, saying they are meant to persuade the insurgency to seek a negotiated settlement to the Afghan war.

But the diplomatic ties with insurgents have upset both Kabul and Washington because they see them as an attempt to legitimise the Taliban’s violent campaign.