Interi­m govern­ment will have to provid­e more securi­ty after 21 died in Peshaw­ar this week
By News Desk
Published: July 12, 2018
Tweet Email 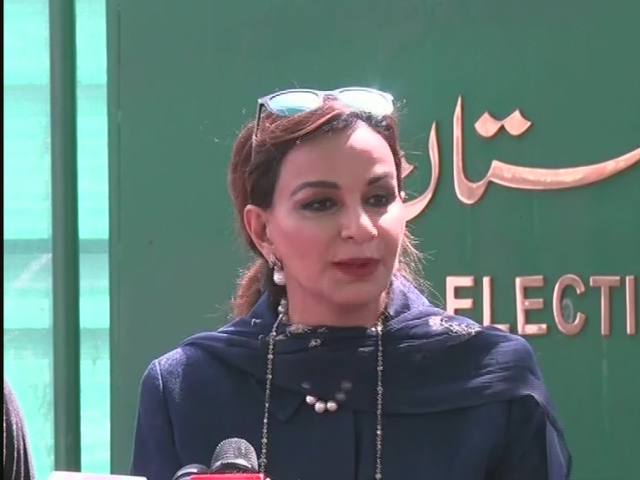 The Leader of the Opposition in Senate Sherry Rehman alleged that members of the Pakistan Peoples Party were being forced to switch loyalties.

Addressing the media after meeting with the chief election commissioner, Rehman said that PPP is being barred from electioneering. “Holding free and fair elections is difficult, but the interim government will have to provide more security after 21 died in Peshawar this week,” she said.

“The PPP has rendered many sacrifices, security lapse is the biggest concern right now,” the senator stated.

“The party doesn’t support any kind of delay in elections. Even our election caravan was stopped at Uch Sharif. Who would have taken the responsibility for any mishaps then?” she questioned.

On Tuesday, at least 20 people, including Awami National Party’s (ANP) Haroon Bilour, were martyred and 63 others injured in a suicide bombing targetting the party’s rally in a congested neighbourhood of Peshawar.

The attacker detonated his explosive belt close to the ANP leader’s vehicle as he approached a rally organized to promote his election in the Yakatoot area of the provincial capital.

Bashir Bilour, the father of Haroon, was also martyred in a suicide bombing targeting his rally in the fabled Qissa Khawani bazaar of Peshawar in December 2012. The outlawed TTP had claimed responsibility for that attack.