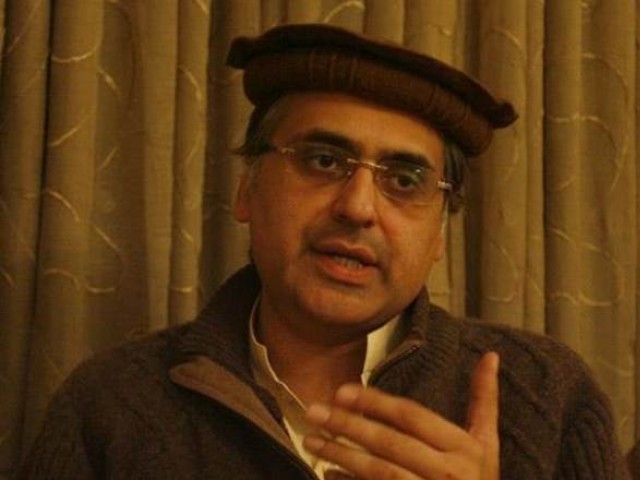 General Qamar Javed Bajwa Chief of Army Staff (COAS) also visited and met the Bilour family to condole the Bilour’s martyrdom. While talking to the family, the army chief said, “Bilour family has stood firm in the war against terrorism with great sacrifices during national effort. We have come a long way in our challenging journey to peace and destination isn’t far.”

We stand united against all proponents of hate and mayhem regardless of hue and colour, COAS remarked.

The premier expressed concern over the loss of precious lives and directed to make fool proof security arrangements for contesting candidates particularly the top leadership.

Bilour and 19 other people were martyred in a suicide attack as the politician was conducting electioneering activities on Tuesday night in Peshawar.

The ANP rally was being held in a congested Yakatoot area of the provincial capital and the attacker detonated his explosive belt close to the ANP leader as he approached the political gathering.

The attacker detonated his explosive belt close to the ANP leader’s vehicle as he approached a rally organized to promote his election in the Yakatoot area of the provincial capital.

Shortly after the attack, enraged ANP supporters had gathered outside the hospital and chanted slogans against the government for its failure to provide security to their leader.

Bashir Bilour, Haroon’s father, was also martyred in a suicide bombing targeting his rally in the fabled Qissa Khawani bazaar of Peshawar in December 2012. The outlawed TTP had claimed responsibility for that attack.