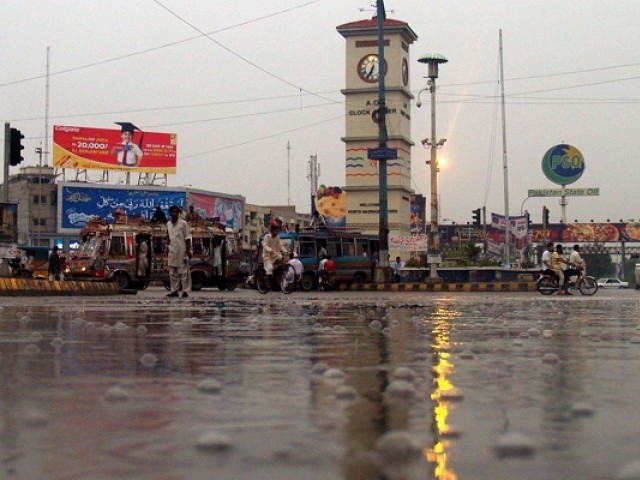 According to a survey, 60% of the district has been developed under a well-planned project with proper infrastructure and a working municipal system, however, some areas of the district, such as New Karachi, Liaquatabad, Moosa Colony are known for their narrow streets, disorganised building structures and piles of garbage.

Whither education ‘emergency’ in Sindh?

The population of District Central stands at 2,9 71,626 people and the total number of registered voters is 18,60,137. Meanwhile, as many as 1,129 polling stations and 4,276 polling booths will be established for the elections in this district.

There is no shortage of schools in the district and North Nazimabad can be termed a centre for renowned education institutes. According to census reports, District Central has the highest literacy rate among all districts of Pakistan.

There was a time when this district was very different from the other five districts of Karachi. Residents of the district had access to basic amenities in the past, but owing to an increase in population and lack of planning, the district is now prone to problems of water shortage, sewerage, electricity and cleanliness.

This district has played a significant role in political movements. If history is to be examined, Jamaat-e-Islami used to rule in the district but ethnic politics received a lot of attention after the Bushra Zaidi case in 1985. There were riots and curfew had to be imposed repeatedly in the 1980 and 1990s. But the district’s propensity towards ethnic violence runs much deeper. In 1964, it witnessed the city’s first ethnic clash following the victory of Ayub Khan over Fatima Jinnah in the presidential elections. It also saw killings in the language riots of 1972. 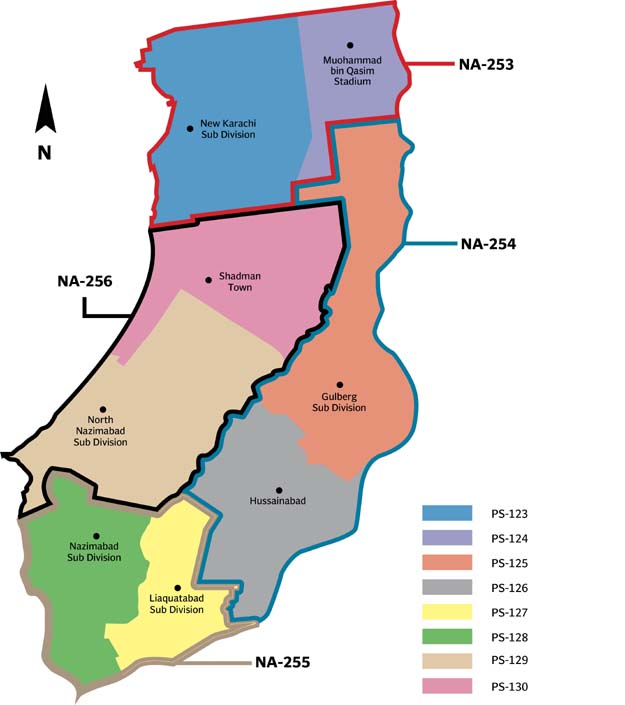 In the local bodies’ elections of 1987, the Muttahida Quami Movement (MQM) changed the political landscape of the city with District Central being its strongest hold. The MQM sway was followed and strengthened in the 1988 general elections. This district also has a distinction of having the headquarters- Nine Zero – of the once-mighty MQM. The Nine Zero was, however, sealed along with other offices of the party due to Altaf Hussain’s controversial speech in 2016. This is Karachi’s only district where MQM has not faced defeat on any NA or PS seats during the last three general elections. Though the results of the 2013 elections were in favour of MQM, the Pakistan Tehreek-e-Insaf (PTI) managed to secure a substantial number of votes, coming in second. This was why PTI paid a lot of attention to the district in the NA-246 by-elections where the party’s chief, Imran Khan, remained engaged in the campaign. It became a significant battle in the history of Pakistan’s elections. However, the PTI failed to win the seat.

As far as the previous provincial seats from PS-98 to PS-107 are concerned, only MQM candidates won in the 2002, 2008 and 2013 elections. However, the situation is different this time around as the party’s founder is out of the picture while the Karachi operation and internal conflicts semmes to have weakened the party’s grip on the electorate.

DCs directed to clean their districts within two weeks

Many leaders and workers of the party have jumped ship and joined the Pak Sarzameen Party and are standing against MQM candidates in the elections. It seems as if this is the first time a party is engaging in an aggressive campaign against the MQM. Even the Muttahida Majlis-e-Amal is taking part in elections while MQM-Haqiqi Chairperson Afaq Ahmed is also contesting from NA-254.

Although parts of Central and Korangi districts have a majority vote bank of MQM supporters, the party’s contest is not just with the PTI and MMA but also with its rebel leaders and workers under the cover of PSP who are aware of the MQM’s election strategy and tactics.

Therefore, despite the presence of MQM’s vote bank, only estimates can be made of the party’s position in the area.

MQM’s only chairman, Azeem Ahmed Tariq, also belonged to this district. He was murdered in his home in Dastagir. After the 1992 operation, Tariq had also become a part of the Haji Shafiqur Rehman camp.