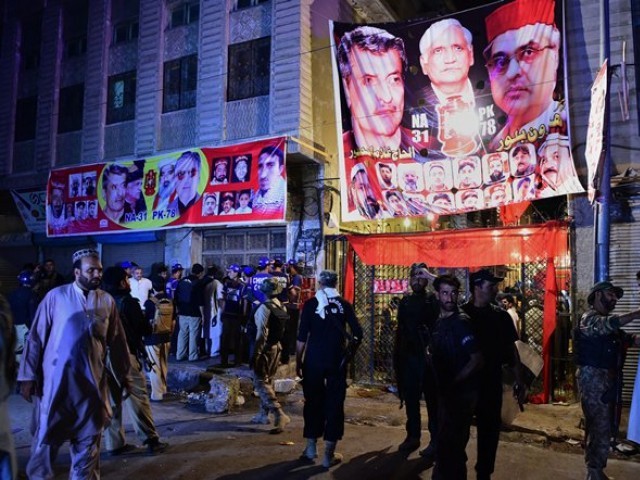 PESHAWAR: The provincial police on Wednesday constituted a high-level team to probe the suicide blast that martyred Awami National Party (ANP) leader Haroon Bilour and 19 others in Peshawar.

The seven-member team, constituted by K-P IG Mohammad Tahir under the Counter Terrorism Department (CTD), has been directed to submit a detailed report of the attack within seven days. Tahir has also ordered increased security in the district.

Law enforcement agencies conducted raids across the city to arrest those involved in the suicide attack, however, the police has yet to announce an arrest.

Nine units of police and nine units of the Quick Reaction Force (QRF) have been deployed at all entry and exit points of the city, said a statement released by the provincial police.

“We are fighting against nexus of inimical forces which aren’t willing to adsorb a peaceful and stable Pakistan. We remain undeterred and shall InshaAllah defeat them,” the statement quoted Army chief.

COAS shares grief of Bilour family & ANP on condemnable targeting of Haroon Bilour & victims of heinous terrorist attk.“We are fighting against nexus of inimical forces which aren’t willing to absorb a peaceful & stable Pakistan. We remain undeterred & shall IA defeat them” COAS.

Taking to social media, the United States embassy in Islamabad sent condolences to the victims. “The United States condemns in the strongest possible terms the attack in Peshawar against civilians campaigning for this month’s elections. We send out deepest condolences to the families and friends of those who were killed and hope for the speedy recovery of those who were wounded.”