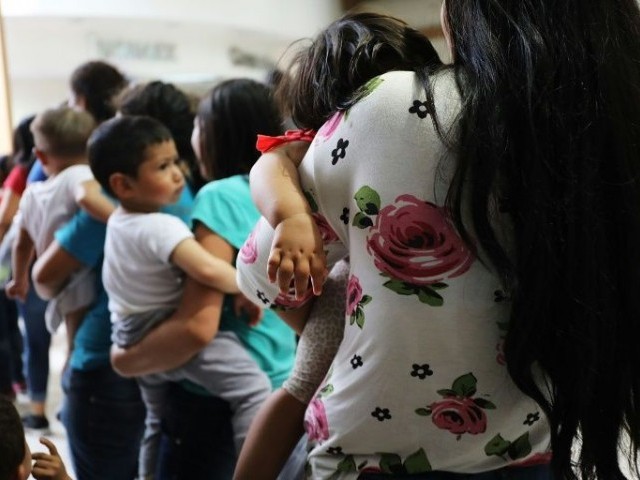 WASHINGTON: US officials have said less than half of 102 young immigrant children in their custody would be reunited with their parents in time for a court-imposed deadline Tuesday, with the fate of dozens more still in limbo.

Ordered by a judge to reunite all children under the age of five with their families by July 10, officials said four had already rejoined their parents Tuesday and another 34 reunifications would take place through the day.

“Reunifications are ongoing throughout the day,” said Chris Meekins, a senior official of the Department of Health and Human Services.

“Our due diligence is protecting children. What we are doing now is insuring that those children are not being reunited with people who could do them harm,” said Meekins.

San Diego Judge Dana Sabraw on Monday gave the government more time to reunite the 102 children, among more than 2,300 minors split from their families as a consequence of Donald Trump’s “zero tolerance” policy that saw parents prosecuted for illegally crossing the border.

Older children have been ordered reunited with their families by July 26.

Despite the delays, the judge reportedly said he had seen “real progress” towards reuniting the youngest children with their relatives.

Meekins said reunifications for 20 were being delayed by “logistical reasons” — including the fact that for 12, their parents had already been deported from the United States.

He said DNA tests had also shown that five adults were not a child’s parent as they had claimed upon entering the United States.

Speakers call for implementation of laws to protect children’s rights

Ten children will continue to await reunification while their parents remain in criminal custody facing charges of entering the country illegally.

Others faced a variety of problems, including one child who had been abused by the parent, and another whose parent had a contagious disease.

The US government came under fierce international criticism for forcibly separating thousands of migrant families, most of them from Central America and most seeking asylum due to violence in their home countries.

The backlash led Trump to suspend the separations — ordered as part of an effort by the Homeland Security and Justice Departments to deter migrants from illegally crossing the Mexican border.