Three years on, court yet to decide case of kitten's death

Three years on, court yet to decide case of kitten's death

Pet owner had sued the vet for his allege­d maltre­atment leadin­g to kitten's death in 2015
By Arsalan Altaf
Published: July 11, 2018
Tweet Email 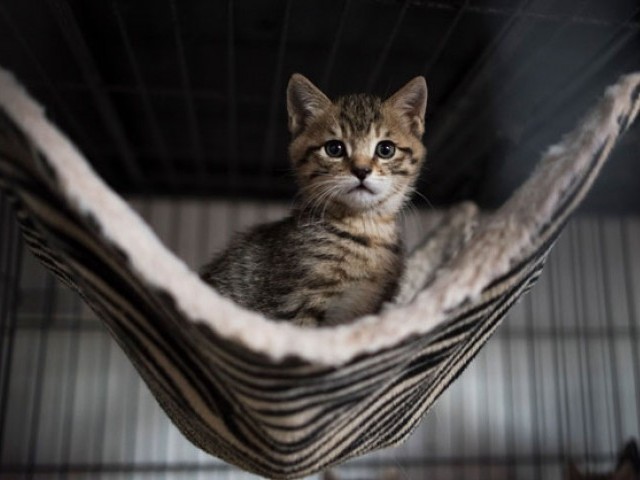 ISLAMABAD: A pet owner, who lost her two-month-old kitten in late 2015 due to alleged negligence of two veterinarians, is still waiting for justice with the court yet to decide the case.

Sundas Hoorain had maintained that owing to the ‘negligent’ treatment by a veterinary clinic in Sector F-7/4, her kitten had died. She had demanded compensation worth Rs25 million as well as a two-year jail term for the two vets who had mistreated her kitten.

Hoorain, who is a lawyer herself, had taken her brown, Persian kitten to the clinic on November 22, 2015, for a routine checkup but a vet there said the kitten had a skin infection, a prognosis which was contradicted by another veterinary clinic later.

The next day she took the kitten to the clinic for treatment to the newly-diagnosed infection. Vets at the clinic allegedly advised her to leave the kitten in their care.

Hoorain complied and after leaving the kitten at the clinic went to her office.

When she came returned in the evening to pick up her kitten, she was shocked to find the small feline shaved and kept in a cage without any heating or water.

She claimed that when she saw the kitten, the four-legged creature was not moving and seemed unwell.

On her inquiry, she was apparently presented with ‘frivolous excuses’ by the vet.

The complainant then wrapped her kitten in a shawl and immediately took her to another pet clinic in Sector E-7.

There, a vet examined the kitten and said she was critical with a high temperature apart from suffering from dehydration.

The kitten was put on a warmed intravenous infusion and was apparently administered life-saving drugs.

Furthermore, the complainant says that when they examined the kitten under ultraviolet (UV) light, they could find no traces of a fungal infection.

“The kitten was suffering from a system shutdown due to her extremely lowered body temperature, was barely moving and when she did move, it was with a writhing motion in extreme pain and suffering,” the complainant maintained before the court.

Despite being provided life-saving drugs, the kitten eventually died the same evening.

Three days later, the complainant sent a legal notice to the clinic in Sector F-7/4, seeking damages for the loss accrued to her “on account of the callous, reckless, and unprofessional conduct on part of the veterinary clinic and its staff”.

When she received no response, she filed a consumer complaint in a district court a few weeks later.

In her petition, Hoorain maintained that the kitten died due to the unprofessional treatment of the kitten by the two vets, Faisal Khan and Abid Abbasi.

The respondents filed a reply in February in which they refuted the complainant’s claims.

Since then, the court has been hearing the case but due to miscellaneous applications filed by the respondents, and multiple no-shows means that the case has dragged on for three years.

The respondents first filed an application rejecting the claims of the complaint. This was rejected after counter-arguments.

They then filed another application which urged the court to restrain the legal counsel of the complainant from making media statements on the case, which too was rejected.

In the middle of the case, the respondents also changed their lawyers.

It took four months for the court to decide whether to hear the case under the civil procedure or criminal procedure.

After multiple delays, the complainant appeared as a witness in January this year.

Her cross-examination started but the case was to be adjourned again as the court’s time had ended.

On the next date, the respondents’ lawyer did not appear.

With the witness having to travel abroad, the case was adjourned for two months.

On next hearing in early May, the judge was on leave and the case was adjourned to June 22. The lawyers did not show up on June 22 and the case was deferred once again by a week and set to be heard on June 28.

On that day, the witness failed to turn up since she had to appear in another court.

The case has now been adjourned until September 12.

“The first witness’s cross-examination started in January which would hopefully if everybody is present, will be completed in September,” said Haider Imtiaz, the lawyer for the petitioner.

Imtiaz noted that there was an attitude problem which causes lengthy delays in such cases.

“It is because of the lethargic attitude of judges, lawyers, and the judicial staff, the three main components of the judicial system,” he claimed, adding that procedural ambiguities in the Islamabad Consumer Protection Act are also a major reason for delays.

“Similar consumer petitions in Punjab are decided within six months because a procedure has been laid down in the Punjab law. In the federal law, there is an ambiguity whether it would be dealt with under the civil procedure or the criminal procedure.”

Moreover, judges have to deal with a massive backlog of cases which also prompts them to grant lengthy adjournments.

“Why are routine cases adjourned for a month,” he asked, adding, “In the UK, a 10-day adjournment is considered as very long. The courts and judges here also have a huge caseload and backlog to deal with.”

Over 13,000 penalised for parking violations