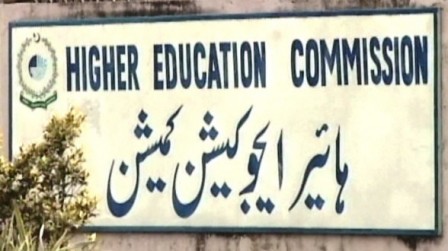 ISLAMABAD: Universities are playing an important part in achieving the sustainable development goals (SDGs) by producing quality human resource, said speakers at a seminar organised by the Commission on Science and Technology for Sustainable Development in the South (Comsats) on Tuesday.

Comsats is an inter-governmental organisation, having a membership of 26 developing countries from three continents, South America, Africa and Asia. Twenty two science and technology and research and development institutions of developing countries are affiliated with the commission. Comsats University is one of its projects.

Highlighting the 2030 UN agenda with its universal dimensions pertaining to economy, society and environment as well as global cooperation efforts in this regard, speakers at the seminar focused on the vibrant role of universities in achieving SDGs especially through producing good human resource.

Comsats partnered with the Higher Education Commission for the seminar titled Sustainable Development Goals: The Role of Universities.

Vice chancellors and other senior officials from around 100 universities from across the country gathered at the event. The purpose of the seminar was to raise awareness in the academia and research organisations on the promotion, advocacy and implementation of SDGs.

Speaking at the inaugural session, Comsats Executive Director Dr Junaid Zaidi, highlighted the importance of UN 2030 agenda for sustainable development across the globe. He explained that more than 80 per cent world population lives in developing countries, where challenges particularly food insecurity, epidemics, inequality and climate change are prevalent posing a serious threat to the sustainable development.

“One of the main reasons of these challenges is the shortage of good human resource and top-class academic and research institutions in the South,” he explained terming universities as an important platform for cultivating practices for innovation and the implementation on SDGs.

Dr Zaidi considered Comsats University and other Centres of Excellence spreading in three continents important tools for Comsats’ relevant efforts. He said that as the torch bearer of South-South and Triangular Cooperation in science and technology, the Comsats has been working for sustainable development in the South even before the SDGs were adopted. “We are facilitating the strengthening of linkages among the developing countries for the exchange of resources, technology, and knowledge,” the Comsats Executive Director asserted.

In his address, HEC Chairman Dr Tariq Banuri endorsed the existence of challenges as bottlenecks towards achieving sustainable development in Pakistan. He stressed the need for evaluating the kind of knowledge our universities are giving to students in addition to providing an encouraging environment for the promotion of innovations. He acknowledged that Pakistan is facing problems in achieving the sustainable development. However, he called for joint and concerted efforts on the part of universities could help a lot in achieving these goals.