District East: An area with mind-boggling width and length

District East: An area with mind-boggling width and length

Many areas of distri­ct are now a part of Korang­i distri­ct
By Amir Farooq
Published: July 11, 2018
Tweet Email 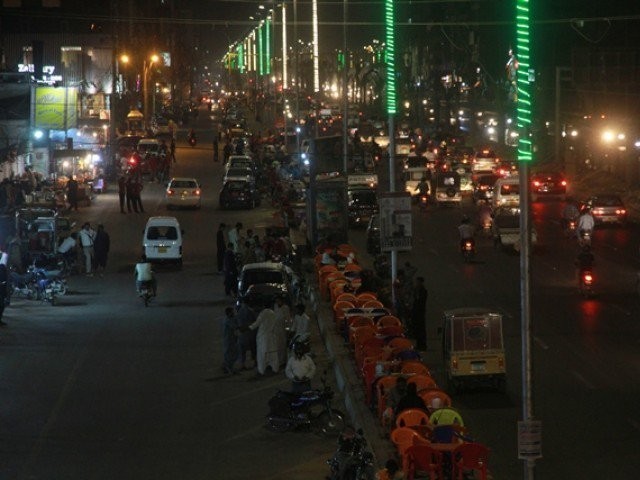 KARACHI: After the latest delimitation, District East has lost many of its areas to District Korangi. However, the district’s area remains a complex mixture of posh and slum areas with poor infrastructure.

Case property of districts South and East destroyed in fire

Dubbed as the hub of education, District East is host to some of the city’s biggest public sector universities and higher educational institutions, such as the University of Karachi, NED University and Federal Urdu University of Arts, Science and Technology.

Adding to the significance of the district is the presence of two major hospitals – the Aga Khan University Hospital and the Liaquat National Hospital and Medical College.

A visit to this district is said to be imperative for every Karachiite to get access to educational and health facilities.

Be it the National Stadium, spacious parks, such as the Askari Amusement Park, Expo Center, Central Jail, Karachi, Lucky One Shopping Mall or many other important shopping centres, this district is home to some of the most-frequented areas of the city. 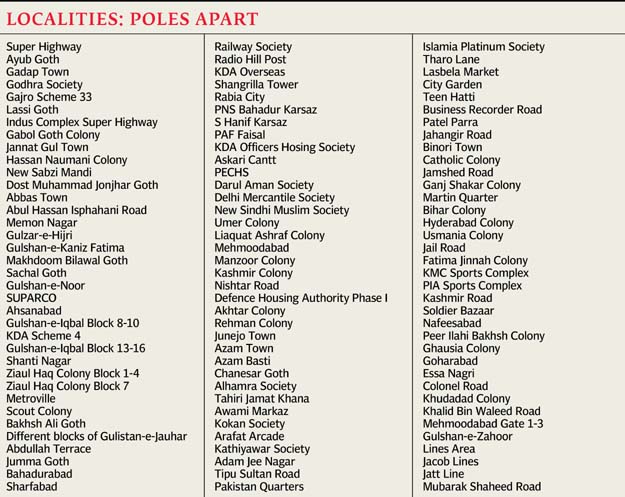 According to the municipal administration, there are 31 union committees in the district, out of which 20 belong to Muttahida Quami Movement-Pakistan (MQM-P), four to Pakistan Peoples Party, two to Jamaat-e-Islami, two to Pakistan Tehreek-e-Insaf, two to Pakistan Muslim League – Nawaz and one to an independent candidate. 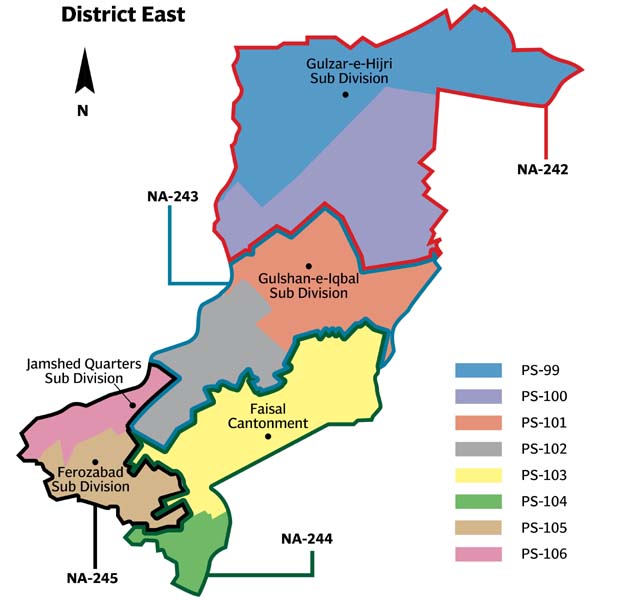 In the 2002 elections, the Muttahida Majlis-e-Amal gave a tough time to the MQM but MQM managed to gained back its lost constituencies. In 2002, MQM’s Syed Safwanullah, Muhammad Hussain Mehanti and Asadullah Bhutto won in NA-251, NA-252 and NA-253 respectively. However, in the 2008 elections, MQM’s Waseem Akhtar won the NA-251 seat and Ali Raza Abidi in 2013. Meanwhile, in the 2013 elections, Abdul Rasheed Gondal won the NA-251 seat, Haider Abbas Rizvi the NA-252 seat and Muzammil Qureshi the NA-253 seat.

As compared to the past, MQM will have to form a record of peoples representation in the district this time around as along with the influence of religious parties, the presence of PSP and PTI is also strong in the district. It can also be said that the new delimitations have created hurdles for the victorious team of the past.

Thousands of votes ‘lost’ as deadline for postal ballot ends