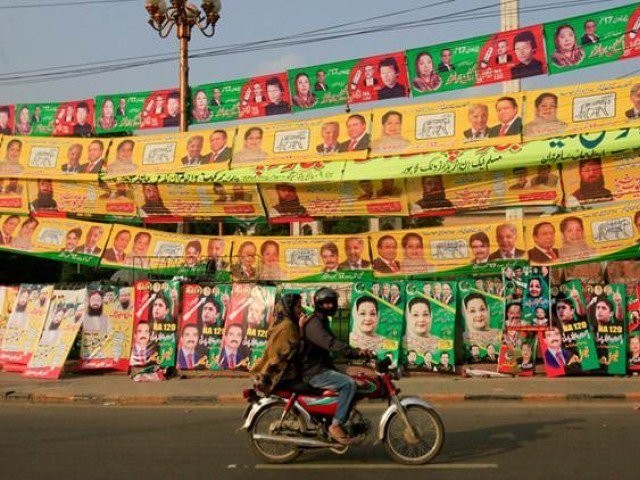 Residents ride on bike past election campaign signs along a road in Lahore. PHOTO: REUTERS

All local government functionaries throughout the country have been suspended by the Election Commission of Pakistan (ECP) till July 25 to ensure that the general elections are held in an ‘honest, just and fair’ manner.

The election watchdog has been tasked to make arrangements necessary to ensure that the “election is conducted honestly, justly, fairly and in accordance with the law and that corrupt practices are guarded against,” said a notification issued by the ECP on Tuesday.

The decision has been taken “to prevent any action on the part of the local government institutions that amounts to influence the results of upcoming general elections by depriving candidates from having level playing field,” it added.

The announcement was made hours after representatives of political parties expressed reservations over unnecessary restrictions imposed by the ECP and caretaker government regarding their election campaigns.

They were speaking at an all parties’ conference, organised by the Pakistan Muslim League-Nawaz (PML-N) in Karachi.

Major political parties of the city, including the Muttahida Qaumi Movement-Pakistan (MQM-P), Pakistan Peoples Party (PPP), Jamaat-e-Islami (JI), Jamiat Ulema-e-Islam-Fazl (JUI-F) and Awami National Party (ANP) attended the conference. However, some parties such as the Pakistan Tehreek-e-Insaf and Pak Sarzameen Party opted not to participate in the event. 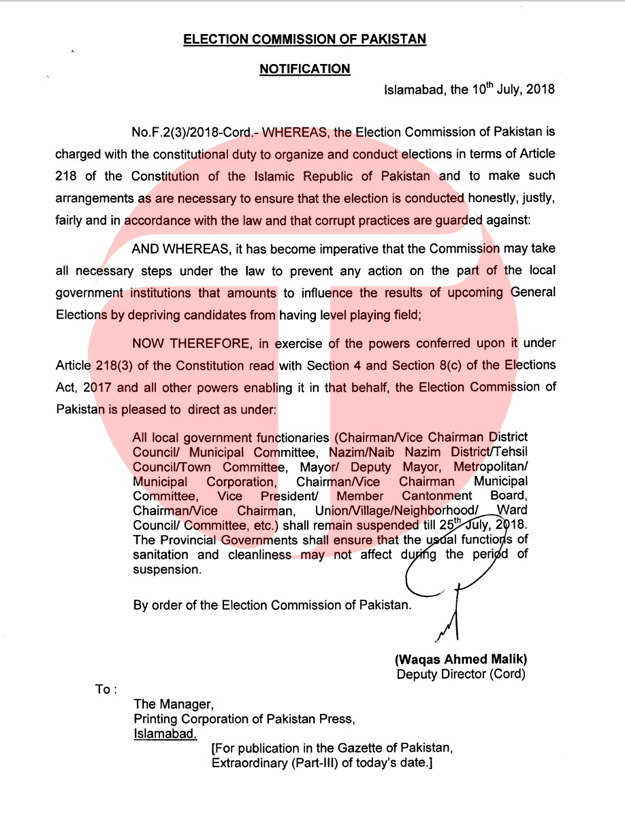 Putting our names on ECL last ditch effort to bar us from returning home: Maryam