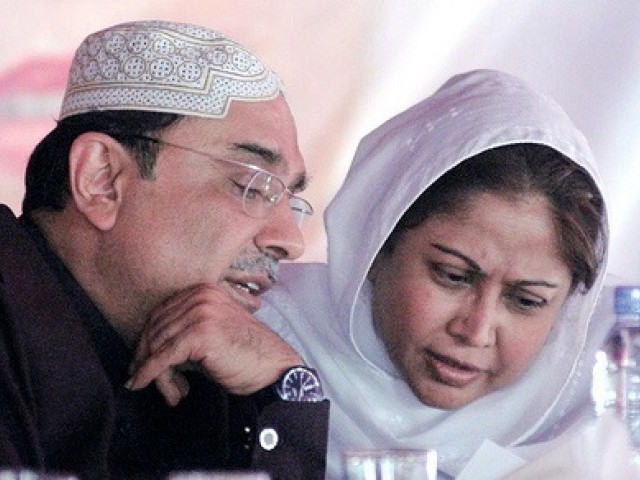 The Federal Investigation Agency on Tuesday summoned Pakistan Peoples Party (PPP) Co-chairman and former president Asif Ali Zardari and his sister Faryal Talpur on July 11 at 10 am in a money laundering scandal.

The PPP leaders are accused of using 29 ‘benami’ accounts for suspicious transactions, which amount to Rs35 billion. Interpol have also been contacted regarding the arrest of the accused Anwar Majeed and his son Abdul Ghani Majeed.

Interpol has also released blue warrants for the arrest of the father and the son. The FIA contacted the international agency’s headquarters in Lyon, France and requested that it release blue warrants to all their offices around the world so that the father and son could be arrested.  According to sources, the FIA will now pursue red warrants for Anwar Majeed and his son after getting a positive response from Interpol.

On Friday, FIA registered the first case in the Rs35 billion money laundering case through 29 bank accounts from Summit Bank, Sindh Bank and three other banks. The agency arrested Summit Bank’s former president Hussain Lawai and Senior Vice President Taha Raza. Other accused have either fled the country or are in hiding.

The FIA authorities submitted their report regarding this matter in the Supreme Court on Sunday after it ordered the names of all fake account holders, people in the Sindh government who transferred funds from these accounts, the contractors and all the suspected beneficiaries in the Exit Control List (ECL).

The top court has summoned all the accused on July 12. Meanwhile, the FIA has summoned the directors of Zardari Group, Asif Ali Zardari and Faryal Talpur on July 11 at 10 am for further investigation.

Army not siding with any political party, says ISPR