'Two of the terror­ists were killed and a third was wounde­d'
By AFP
Published: July 9, 2018
Tweet Email 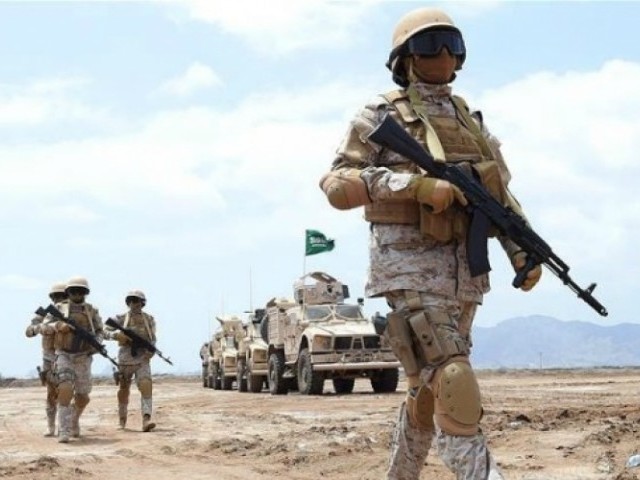 RIYADH: A drive-by shooting against a checkpoint in central Saudi Arabia and an ensuing gunfight Sunday left a security officer, a Bangladeshi civilian and two attackers dead, the kingdom’s interior ministry said.

“A security checkpoint on the Buraydah-Tarfiyah road in Qassim region came under fire from three terrorists riding in a vehicle on Sunday afternoon,” the ministry said in a statement.

“Two of the terrorists were killed and a third was wounded and transferred to hospital,” it added.

Sergeant Suleiman Abdelaziz Abdel Latif was named as the Saudi fatality. The ministry said a Bangladeshi resident was also killed, but did not announce his name.

The authorities said a criminal investigation has been launched into the attack.

Four Saudi policemen were killed and four others wounded on April 20 in an attack targeting a checkpoint in the southwestern province of Asir.

The kingdom has seen numerous attacks in recent years by militants, including al Qaeda and the Islamic State group, against security forces.

It has also seen clashes between Shia militants and security forces in the eastern provinces.