Victim was on his way to tuitio­n when uniden­tified man kidnap­ped him
By Kashif Fareed
Published: July 9, 2018
Tweet Email 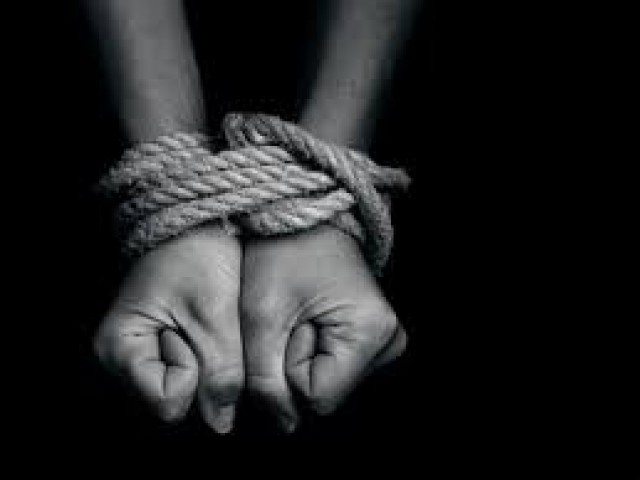 FAISALABAD: A 12-year-old boy was allegedly abducted by unidentified suspects in Faisalabad on Sunday.

Police told Express News that the victim’s father Z*, a resident of Mohallah Ashrafabad, Tandlianwala, lodged a complaint at the police station in which he stated that his 12-year-old son, A* did not return home after he went to a local academy in the area for tuition.

Concerned for his safety, the father went to search for the boy after some time. People in the area informed him that some unidentified suspects had forced the boy into a car before driving off.

Later, the accused called the father’s cousin and demanded Rs1.5 million for the victim’s release.

The father of the victim demanded the police and higher authorities arrest the culprits and award exemplary punishment to them. Police have registered a case under section 365-A against the accused and have started investigations.

Earlier, the police claimed to have arrested a kidnapper and recovered a girl who was abducted for ransom from Faisalabad.

Mammography machine out of order in Lahore