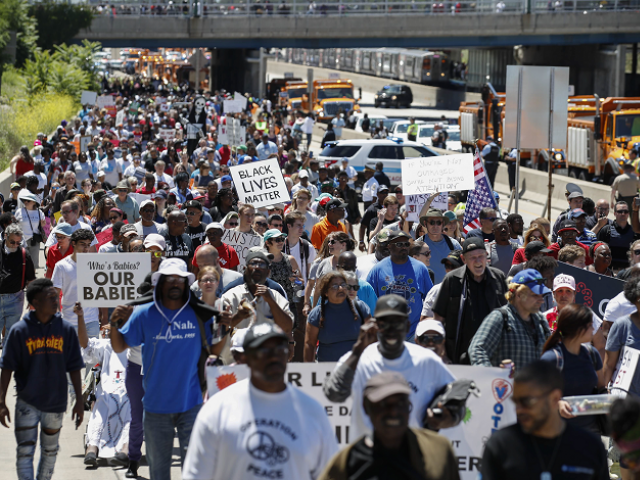 CHICAGO: Thousands of protesters against Chicago’s pervasive gun violence on Saturday partially shut down a major expressway in the third-largest US city, which leads the country in murders.

The demonstrators, led by a local pastor known for decades of anti-violence advocacy in Chicago’s hard-scrabble South Side, completely closed off one side of the Dan Ryan Expressway for about an hour.

The major artery bisects the city’s southern urban core which is home to a predominantly African American population and several communities where gun violence, fueled mostly by drugs and turf wars among small gangs, is a part of everyday life.

“The people won today, because the people showed up…saying we’re tired of the damned violence in Chicago,” he said.

The mid-western city had 254 murders and 1,114 shootings to July 1 this year, according to police. While murders are down 23% compared to the same period last year, Chicago still has the most of any other city in the country.

The killing of 17 people at a Parkland, Florida high school in February helped reinvigorate the national debate on gun control and firearms violence in a country where guns are linked to more than 30,000 deaths annually.

Chicago officials cooperated with Pfleger in corralling protests and eventually relented in allowing all of the northbound expressway lanes to be blocked off.

As they later cleared out, many protesters thanked police for their help, WLS-TV reported.