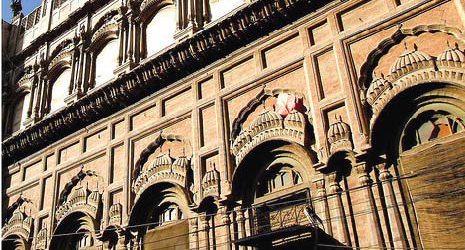 The Archaeology Department of Khyber-Pakhtunkwa has begun conservation of the 19th century ‘Sethi House’ known as the ‘architectural jewel of the walled city’ in Peshawar.

The historic house in Sethi Mohallah, inspired by Central Asian and Gandharan architectures, was constructed more than 150 years ago by the Sethi family.

The cost of conservation is estimated to be around Rs40 million and architect Yasmin Lari, who is also the chairman of the Heritage Foundation, is the honorary director of the project.

Acknowledging the cultural importance of houses in the Sethi neighbourhood, the Archaeology Department decided to buy one of the houses for preservation. “The objective behind purchase and preservation of one of the Sethi houses is to protect the architectural jewel of Peshawar from decaying and to show the coming generations the love for art that their ancestors had,” said Director Archaeology Saleh Muhammad.

Muhammad added that conservation of old buildings and monuments is a very technical process and preservation of Sethi House would take around two years to complete. He added that the practical work for its preservation would start in June.

The director said that a committee has been constituted under the chairmanship of Tourism Minister Aaqil Shah to make some decisions about Sethi House after its preservation.  Muhammad added that the committee will decide whether the house will be opened for general public or only for tourists.

Archaeologist Prof Ahmad Hassan Dani had mentioned houses in the Sethi neighbourhood in his book `Peshawar - Historic City of the Frontier’.  “Through a galaxy of pre-Islamic, Mughal, Sikh and even British motifs, much of Peshawar’s rich and varied cultural history can be traced,” writes Prof. Dani.

The Sethis, a wealthy traditional business community of Peshawar, faced financial losses after the Russian revolution in 1917 and their descendants could not maintain the glory of the houses and rented out some portions to compensate for the financial loss.  The government purchased a house in 2006 belonging to a businessman Haji Karim Buksh, one of the founding members of the Sethi family, said Muhammad. 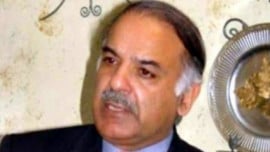 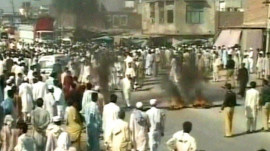 Faris R | 10 years ago | Reply It is a shame for the Ministry of Tourism and also for numerous consultants involoved at different stages. This project was inititated in early 1990's and a great group of Architects/Students from Britain documented the houses and presented their outcome to the government at that time. Its been almost 20 years and nothing is done. There was some work done on this house to stabilize the structure and PMU did some work but they didnt get the requistions and the department was abolished in early 2004/05. What will this minister Aqil shah do about the property - it is a heritage property and it should be open to public "period". No one is interested in the heritage of this great city and i dont agree with the findings of this cursory op-ed, it is neither informative nor high-lights the fact as the author has only referred to a govt. official who is neither competent nor qualified. Why on earth we have to bring Yasmin Lari to Peshawar from Karachi, dont we have our own Architects like Abdul Qayyum Khan, Wilayat Ali Khan or at least Mr. Kamil Khan Mumtaz. Mr Kamil from Lahore was invloved in this project since its start and he should be the one to work on it further. I hope some one make a note of this as 40 Million is peanuts for these precious gems of Peshawar. Look at what Mr. Nayyar Ali Dada did in raping the Chowk Yadgar project with impunity..we havent learnt from our mistakes. I am praying for the soul of the great fighter for this City "Malik Saad" who would have completed all these pending projects if he was alive.
Replying to X
Saved ! Your comment will be displayed after the approval.
Error !
Error! Invalid Email.