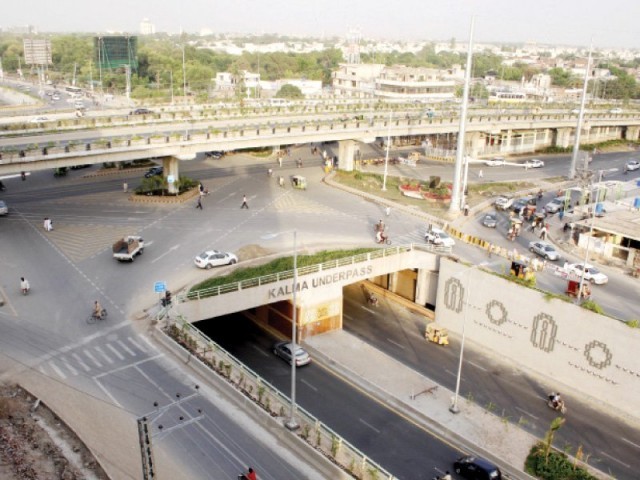 ISLAMABAD: Despite having a large design wing at its disposal and having approved its PC-I, the civic authority plans to hire a private firm to prepare designs for two underpasses which are expected to be built along Faisal Avenue.

With the existing roads proving insufficient to handle the rising volume of vehicular traffic, the CDA had decided to build underpasses at key intersections of arguably the busiest road in the capital, Faisal Avenue. Apart from solving the traffic congestion, it is hoped that the project will help reduce traffic accidents on Faisal Avenue.

“This is a very important project, which should be started without any further delay,” CDA Planning and Design Member Asad Mehboob Kiyani told The Express Tribune.

He added that the CDA has utilised the services of its in-house design team to draw up plans of the project and to draft a project concept-I (PC-I). The PC-I, he said, was approved in the last days of former CDA Chairman Maroof Afzal.

Kiyani, however, said that detailed designs and a notice for inviting tenders (NIT) for the project have yet to be prepared.

“The in-house design for construction of underpasses had been prepared by the CDA design wing but at the time of issuing the tender, former CDA chairman Usman Akhtar Bajwa refused to go ahead and emphasised on hiring a private consultant to further improve the design,” CDA Director Roads North Zone Khalid Asif told The Express Tribune.

Another CDA official said that the in-house design had been prepared after the CDA had completed all estimated projections of the project.

The official maintained that on the basis of these estimations, a bill of quantity (BOQ) was prepared and finally, the PC-1 was approved and a tender document was prepared.

He expressed concerns over the decision to hire an external contractor for the project at such an advanced stage would not only raise the costs of the project but also nullify the previous activity undertaken by CDA.

He was apprehensive that a private consultant would charge at least 12 to 15 per cent of the project’s total cost as consultancy fee. Moreover, after preparing a fresh design, new BOQ would have to be prepared which could see the cost of the project rise further.

“There is no logic behind such activity which is nothing but a waste of time and financial resources on the pretext of planning commission regulations,” another frustrated CDA official said.

“We had requested an exemption for hiring of external consultant but former chairman Bajwa was adamant to go by the book and directed us to follow the planning commission’s rules on hiring a private consultant for projects which cost more than Rs500 million,” Asif said, adding that in PC-I had estimated the cost of the two underpasses to be around Rs700 million.

He added that of the two underpasses for which NITs had been presented to the former CDA chairman, the one scheduled to be built between Sectors G-7 and G-8 was worth Rs350 million.

Over 44% of children still not in schools