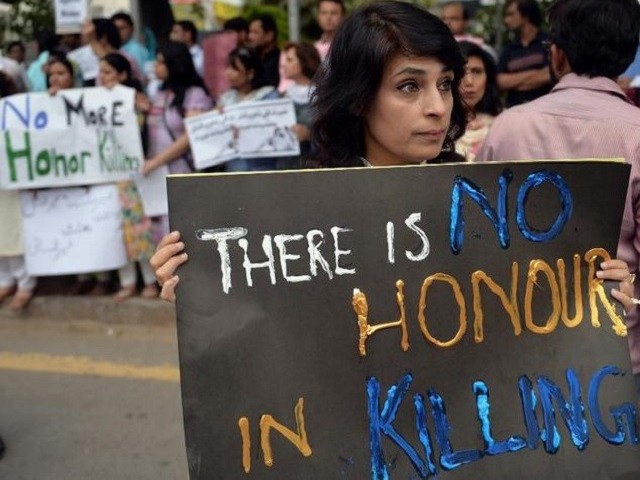 FAISALABAD: Over 175 men and women have been killed in various disputes across Faisalabad district during the first six months of 2018, Express News has learnt. Most cases involved murders in the name of ‘honour’.

Besides honour killing, victims were murdered over land and family disputes, communal enmity and everyday brawls. The dead included 66 women and 111 men, statistics from 41 police stations in Faisalabad confirmed.

An on-duty bus hostess Mahwish and MPA seat candidate Waqar Ahmed Wahla were among those whose lives were cut short in recent incidents. Most of the women were reportedly killed in the name of ‘honour’ by their brothers, fathers or husbands.

The police told Express News that suspects in most of the cases remained at large. However, they claimed that complete efforts were being made to arrest those involved in such incidents. Meanwhile, a special homicide unit had also been set up to probe cases of murder in Faisalabad.

In recent years, honour killing cases have surged to an alarming level in Punjab, especially Faisalabad. The crime continues unabated and laws introduced to curb this menace seem ineffective.

The police records revealed that in 2017, at least 44 people, including 18 women and 26 men, were killed under the garb of so-called ‘honour’ across Faisalabad district. However, in 2016, comparatively fewer cases of such a nature were reported as 31 people were murdered over ‘honour’.

Earlier, the Punjab Assembly passed a new bill against honour killing with an objective to provide legal protection to women. As part of the bill, all forms of violence against women have been criminalised while centres would be established across the province to remove hurdles which complicate a woman’s quest for justice.

Under the new law, relatives of the victims would only be able to pardon the killer if he is sentenced to capital punishment. However, the culprit would still face a mandatory life sentence of 12-and-a-half years.

‘Data of 8.7m farmers has been computerised’