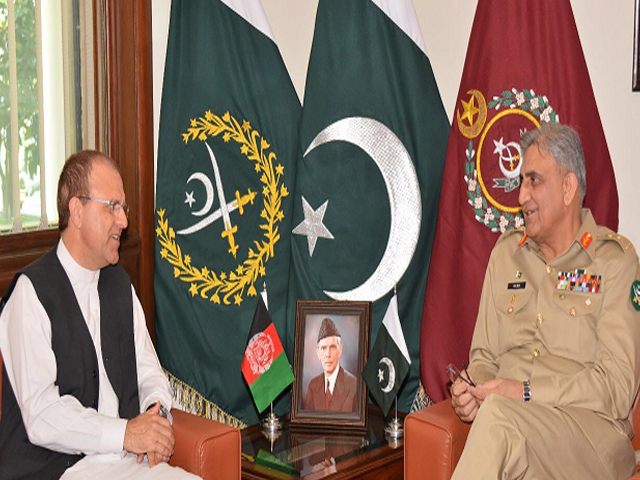 Matters of mutual interest including regional security were discussed in the meeting, a statement issued by the Inter-Services Public Relations (ISPR) said.

Ambassador Zakhilwal thanked the army chief for his efforts in improving bilateral relations with Afghanistan.

The meeting comes a day after President Donald Trump’s point person for the region held talks with the army chief General Bajwa and discussed the role Pakistan can play in bringing about peace in Afghanistan.

Ambassador Alice G Wells, Principal Deputy Assistant Secretary, was in Islamabad to explore the possibility of resumption of the Afghan peace process.

During her visit, she met Foreign Secretary Tehmina Janjua, Finance Minister Shamshad Akhtar and the army chief before leaving for Washington.

During the meeting with the army chief at the GHQ in Rawalpindi, views were exchanged on issues of mutual interest, regional security and cooperation between both the countries, according to a handout issued by the military’s media wing.