Friendly but out of loop: China unaware of Gwadar proposal

Friendly but out of loop: China unaware of Gwadar proposal 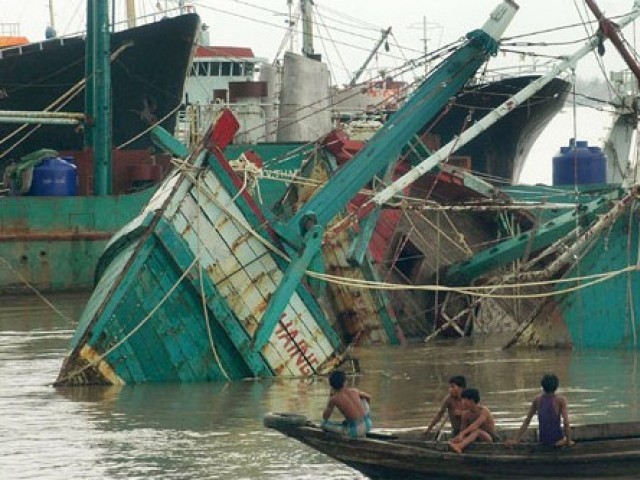 China Foreign Office says it had not heard of Pakistan's proposal for China to help it build a naval port at Gwadar. PHOTO: AFP

China said on Tuesday it had not heard of Pakistan’s proposal for Beijing to help it build a naval base, pouring cold water on a plan that would likely stoke regional jitters about the two countries’ relationship.

Defence Minister Ahmad Mukhtar said on Saturday that his government wanted China to build it a naval base at the deep water port of Gwadar, in the latest sign of moves to bolster ties with Beijing after strains with Washington over the US operation that killed Osama bin Laden.

Prime Minister Yousaf Raza Gilani visited China last week, and both sides vowed to maitain their “all-weather friendship”, which many analysts see as a shared hedge against US and Indian influence.

But on Tuesday, Chinese Foreign Ministry spokeswoman Jiang Yu said she had no knowledge beforehand of the naval port proposal and it had not been discussed during Gilani’s visit.

“China and Pakistan are friendly neighbours. Regarding the specific China-Pakistan cooperative project that you raised, I have not heard of it,” Jiang told a  regular news conference in Beijing. “It’s my understanding that during the visit last week this issue was not touched upon,” she added later.

“For a long time China has done its utmost to provide help to Pakistan and we hope this can help improve the livelihood of the Pakistani people and promote economic and social development, and we will continue doing this,” she said.

Analysts say Mukhtar’s statement seemed to be aimed at showing the United States that Pakistan had a diplomatic alternative in its old ally Beijing if its ties with Washington faltered.

“The target audience of this statement was the US,” said Kamran Bokhari, Middle East and South Asia director for global intelligence firm Stratfor.

“The statement served the purpose to tell the United States that it has other options as well. (But) Americans know the Pakistanis are unhappy right now and they are posturing.”

Private practice: Doctors jack up fees by up to 50%