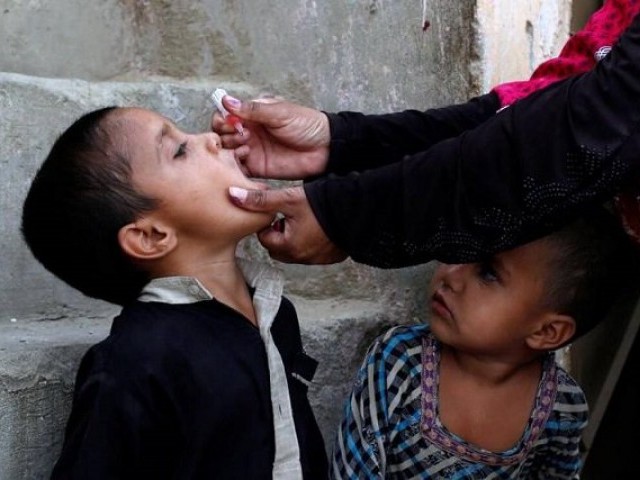 PESHAWAR: Polio officials in Khyber-Pakhtunkhwa (K-P) have sped up their activities to not only stop the transmission of the poliovirus in the high-transmission season [summers] but also to eradicate the crippling virus.

A drive has begun in 11 selected districts across the province.

According to details, some 2.7million children will be inoculated in the drive against the crippling virus with a special focus on Peshawar, Tank and Bannu. In these three districts, the campaign will be carried out for five days followed by a catch-up campaign spanning two more days.

In the other eight districts, the drive will last for three days with two days for a catch-up campaign to vaccinate those who either turned away vaccinators or to attend to those children who were not available during the three-day campaign.

Officials involved in the anti-polio campaigns say that the drive is continuing smoothly. They further said that they were focusing on refusal cases, which have proved to be a hurdle for the programme.

“We have been repeatedly saying that even if a single child is missed during the campaign, they are a threat since the virus could remain in circulation. This is the reason why are we focusing on refusal cases,” a senior official dealing with the programme told The Express Tribune.

The official, who requested anonymity since he was not entitled to speak to media, stated that missed children were not a big deal if the child was missed because he was not at home when the vaccinators visited it.

The official explained that this was because such children could be covered elsewhere.

The real problem, however, was those parents who have been refusing to administer the drop to their children.

While some remain stubborn, he said that they have met with success, convincing many parents who previously used to turn vaccinators away to allow their children to be vaccinated.

He, however, stated that environmental samples are still testing positive for carrying the virus because of which the government was conducting repeated campaigns.