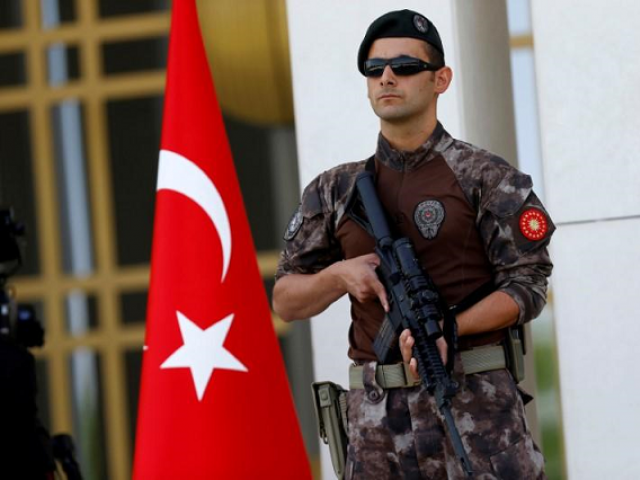 Those facing arrest include 22 colonels and 27 lieutenant colonels, and 19 people have so far been detained. PHOTO: REUTERS

ISTANBUL: Turkey ordered the detention of 68 suspects, including dozens of colonels, in an operation targeting alleged supporters of the US-based Islamic cleric whom Ankara accuses of orchestrating an attempted coup two years ago, state media said on Monday.

Nineteen serving officers were among those facing detention in an operation focused on the military’s land forces across 19 provinces including the capital Ankara, state-run Anadolu news agency said.

It cited sources in the Ankara chief prosecutor’s office as saying the suspects were found to have been in contact by landline phone with operatives of the preacher Fethullah Gulen, whom Ankara says was behind the failed putsch on July 15, 2016.

Those facing arrest include 22 colonels and 27 lieutenant colonels, and 19 people have so far been detained, Anadolu said.

Turkey has detained 160,000 people and dismissed nearly the same number of civil servants since the putsch, the UN human rights office said in March. Of that number, more than 50,000 have been formally charged and kept in jail during their trials.

Critics of President Tayyip Erdogan accuse him of using the failed putsch as a pretext to quash dissent. Turkey says the measures are necessary to combat threats to national security.