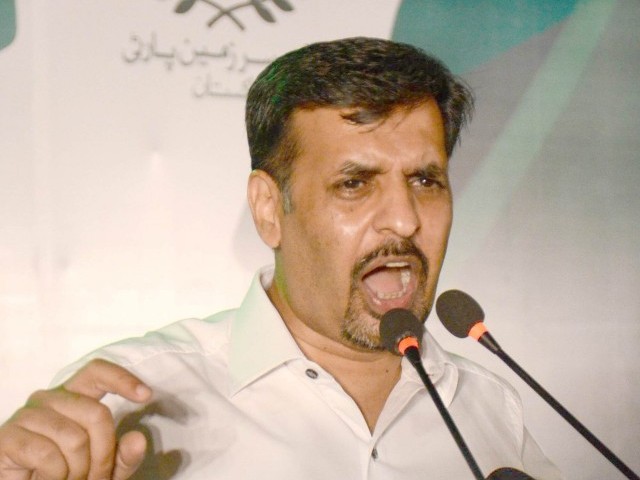 KARACHI: Due to atrocities of feudal lords, people living in rural areas have been continuously migrating to urban centres, rendering the cities unable to sustain themselves.

Pak Sarzameen Party (PSP) Chairperson and former Karachi mayor Syed Mustafa Kamal said this while addressing the PSP officer bearers of District Central on Sunday. According to Kamal, if the feudal lords continued inflicting cruelties on their subjects, it would lead to a revolution.

Kamal lamented that due to urbanisation, cities such as Karachi had become overpopulated and marred with problems. Even mountains in Karachi had been inhabited, he remarked, adding that 60% of the population in Sindh was now residing in cities while rural areas had only 40% population.

The PSP chairperson alleged that the population of Karachi was shown seven million less than its actual number in the recent census. He decried that new delimitations had been carried out in light of the flawed census figures.

“When a PPP [Pakistan Peoples Party] senator sought in 2013 data from NADRA [National Database and Registration Authority] regarding Karachi’s population, the population was found to be 21.4 million. Later, Asif Zardari [in a speech claimed that] it was 30 million,” Kamal said, adding that the PPP chief minister, however, endorsed the document which claimed that the city’s population was only 16 million.

Kamal remarked that urbanisation was a global phenomenon. People, especially in developing countries, tended to shift from rural areas to urban centres, he said. The former mayor, however, pointed out that in order to deal with urbanisation, new cities were founded all over the world so that the existing ones were not overburdened.

A petition was filed by Barrister Farogh Nasim against the census results but was rejected, Kamal said. He added that he had also filed a similar petition but objections were raised to it. The PSP chairperson informed the meeting that the party responded to the objections after which the petition was admitted and will be heard on September 10.

Commenting on the news of seat adjustment between Muttahida Qaumi Movement – Pakistan (MQM-P) and Awami National Party, Kamal said if the parties were embracing each other whole-heartedly, it was a positive development. He, however, added that when the PSP reached out to Pashtuns, they were branded by the MQM-P as traitors of Muhajirs.

“We have come here to reconcile brothers with brothers,” the PSP chairperson asserted. He claimed that the upcoming elections would decide the fate of the 10 coming generations as it would be decided in the polls whether people would be coerced into fighting over their languages or whether people speaking different languages would live with each other in peace.