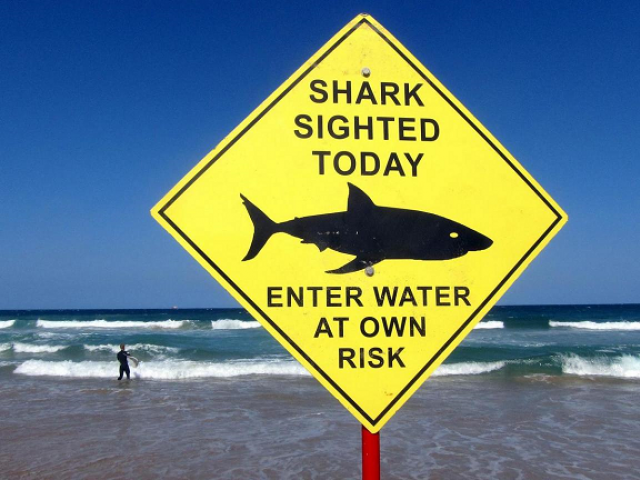 Brunning said she did not realise that she should have left the piece of fish in front of her and watch the shark suck it up, instead of trying to hand-feed it. PHOTO: REUTERS

SYDNEY: A woman who was pulled into crocodile-infested waters in northwestern Australia when a shark bit her finger as she attempted to feed it has described the terrifying moment which nearly cost her a digit.

Melissa Brunning said she was on a yacht in the remote Kimberley region some 2,500 kilometres north of Perth when she tried to hand-feed up to four Tawny nurse sharks hanging around the back of the boat.

The two-metre (6.6-foot) creature — which has strong jaws and rows of sharp teeth — sucked at her right index finger “like a Hoover (vacuum cleaner)”, she told The West Australian late Saturday.

“I think the shark was in shock as much as I was… the only way I can describe it is this immense pressure and it felt like it was shredding it off the bone,” the 34-year-old said.

“I came up and I was like, ‘I’ve lost my finger, my finger’s gone’.”
Mobile phone footage of the incident at Dugong Bay in late May, aired by commercial broadcaster Channel Seven on Saturday, showed Brunning screaming as she was dragged into the water before the boat’s crew and friends quickly pulled her out.

She sustained cuts, a fracture, a torn ligament and a bad infection on her finger as a result of the encounter, but miraculously did not lose the digit.

“It’s not the shark’s fault at all, but it could have been a lot worse,” Brunning said, adding that she had learnt to “respect marine life, and look at it in awe, but just leave them alone”.

Brunning said she did not realise that she should have left the piece of fish in front of her and watch the shark suck it up, instead of trying to hand-feed it.

“This is not a shark attack, this is just a blonde doing a stupid thing…. When you’re in the water, they’re top of the food chain, it’s their domain. We’re not meant to be in the water, if we were we’d have gills,” she added.

Apart from sharks, saltwater crocodiles — which can grow up to seven metres long and weigh more than a tonne — are also found at the bay.