PTI chief says mid-term polls are the only soluti­on to tackle the nation’s proble­ms.
By Aijaz Sheikh
Published: May 23, 2011
Tweet Email 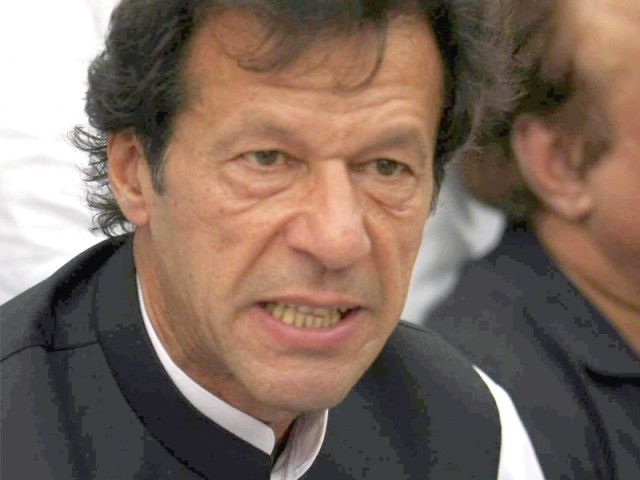 PTI chief says mid-term polls are the only solution to tackle the nation’s problems.

Chief of Tehreek-i-Insaf Imran Khan has announced ‘Save Pakistan; Topple the Government’ movement at the end of a two day peaceful sit-in at Native Jetty in Karachi that kept the Nato supply of oil and other goods suspended for two days.

Addressing the gathering, he said that the people were fed up with their governing style that accepts humiliation. It is time to get rid of the corrupt rulers, he said.

He said mid-term elections were the only solution to the problems faced by the nation and people should start preparing for it. He said Tehreek-i-Insaf will record a sweeping victory in the coming elections.

He said the rulers have surrendered while America was conducting drone attacks as a routine which is a challenge to our sovereignty. He said that the May 2 incident has caused great embarrassment for the Pakistanis abroad.

He said that the US president is talking about repeating Abbottabad-like strikes. He said that it was the Pakistan army’s turn to take action and the role of General Kayani was important in this regard.

Amir of Jamaat-e-Islami Sindh Dr Mairajul Huda Siddiqui said that the time of Zardari politics was about to end. He said that our rulers kill five persons in Quetta but they cannot curb drone attacks and American agents in the country.