More than 150 appeal­s, reques­ts will be review­ed in the next few days
By Arshad Baig
Published: June 24, 2018
Tweet Email 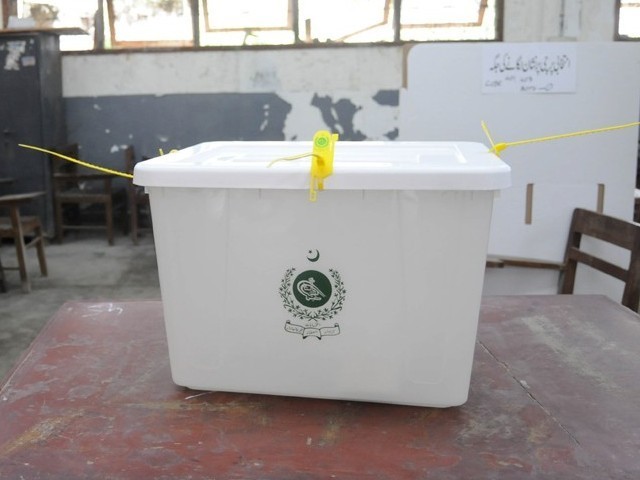 KARACHI: The process of hearing of appeals filed against the rejections and acceptances of nomination papers for the upcoming general elections started in the election tribunals on Saturday.

The appeal filed against Imran Khan’s candidacy was rejected. Meanwhile, in an appeal against Dr Farooq Sattar, a reply has been sought from the election commission on Dr Sattar’s request.

The appeals filed against former chief minister Murad Ali Shah were also rejected and he has been given the green signal to contest the elections. A request was filed earlier by Advocate Roshan Ali against the former CM over holding dual nationality.

The petition against the former CM’s nomination papers stated that he had hidden his taxes, assets as well as his Canadian citizenship. However, the election commission’s law officer said that Shah had submitted his citizenship surrender certificate and his nomination papers were complete, hence, they were accepted. After the hearing, the former CM said that if PPP wins in the upcoming elections and nominates him to be the CM once again, he will gladly accept.

More than 150 appeals and requests were filed in the election tribunal formed in the the Sindh High Court.

As the hearing started, the appeal against Imran Khan from NA-243 was rejected. In an appeal against the rejection of nomination papers of Muttahida Quami Movement’s (MQM) Dr Sattar from NA-245, the election commission was ordered to submit a reply by June 26. The tribunal also issued notice to the election commission for June 25 on the matter of rejection of nomination papers of Pak Sarzameen Party (PSP) leader Wasim Aftab from NA-249.

The returning officer had rejected Aftab’s papers on the basis of unnamed assets.

A notice for June 26 was issued on an appeal by Muhammad Banglani contesting on NA-241 in Karachi, while Pakistan Peoples Party’s Rafia Naz’s appeal from PS-95 was rejected. An appellate bench issued notices to the election commission and the returning officer over an appeal by Amir Masood from PS-117.