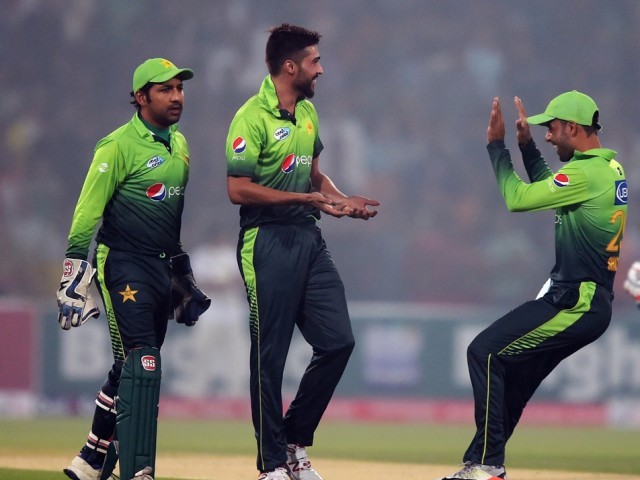 LIMITED-OVERS SERIES: Pakistan will start their tour of Zimbabwe from July 1, which will consist of a T20I tri-series with hosts and Australia and later five-match ODI series against the hosts. PHOTO: AFP

Pakistan skipper Sarfraz Ahmed has sent a clear warning to his side about the upcoming tour of Zimbabwe.

The Men in Green will start their tour of Zimbabwe from July 1, which will consist of a T20I tri-series with hosts and Australia and later five-match ODI series against the hosts.

And Sarfraz, who will start the tour of Zimbabwe as the leader of the number one-ranked side in the shortest format of the game, believes the upcoming tour won’t be a walk in the park for the Men in Green.

“Zimbabwe tour is just around the corner but it won’t be easy by any stretch of the imagination,” said Sarfraz while talking to media in Karachi.

The wicketkeeper batsman also hinted that young players will be given opportunity on the tour whenever required.

“No team is weak in T20 cricket and hopefully we will perform well in the triangular series,” said Sarfraz. “Young players will be inducted in the side whenever an opportunity arises.”

Australia are going through a tough time recently and are still recovering from the impact of the ball-tampering scandal which rocked the cricket world in March earlier this year, but Sarfraz believes the Baggy Greens will still represent a stiff challenge.

“Australia are going through a bad patch but they are not a weak side,” he said. “Zimbabwe will also pose a stiff challenge as they will have the advantage of home conditions.”

Sharing his views about England’s highest score in the 50-over format against Australia, Sarfraz, who has represented Pakistan in 41 Tests, 85 ODIs and 43 T20Is, believes sooner rather than later, world will get to witness scores in excess of 500 as well.

“England scored 481 runs in an ODI against Australia which means will soon see the 500-run barrier being crossed in the 50-over format,” he said.

Sarfraz also rejected rumors of pacer Mohammad Amir’s retirement from Test cricket by stating: “He [Amir] is only 26 right now, so why would he leave Test cricket.”